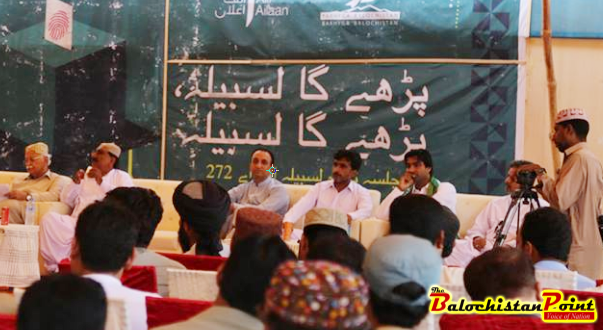 Analysis of the educational landscape in Lasbela revealed that availability of schools beyond primary access, quality of education, and missing facilities and poor school infrastructure are the three most important factors contributing to failing education standards in Lasbela.

Currently, Lasbela ranks 123 out of 155 districts nationally on score for primary school infrastructure as per Pakistan District Education Rankings 2017, released by Alif Ailaan. Provision of infrastructure and basic facilities will raise the attendance rates and interest of both the students and the teachers ensuring better quality of education.

While speaking at the session, Shah Muhammad Siddique of MMA expressed concern over the issue of poor quality education getting sidelined by politics in the country, especially Lasbela, and considered it unfortunate that critically fundamental decisions like teacher trainings and construction of school buildings have been made on under political considerations. Amir Hussain Magsi of PTI promised to introduce merit in the education system if elected and provide quality trainings to male and female teachers of the district. There was a consensus among all participants that girls’ education and upgradation of schools required immediate attention of the lawmakers as soon as they are given charge after the elections. Sardar Muhammad Saleh of BAP announced to establish and reform high schools as per the demand from girls and their parents, while Asim Lasi of BNP-M committed to upgrading all 1200 middle schools in Balochistan to high-level and 947 high schools to higher secondary-level.

Published in Balochistan Point on July 4, 2018