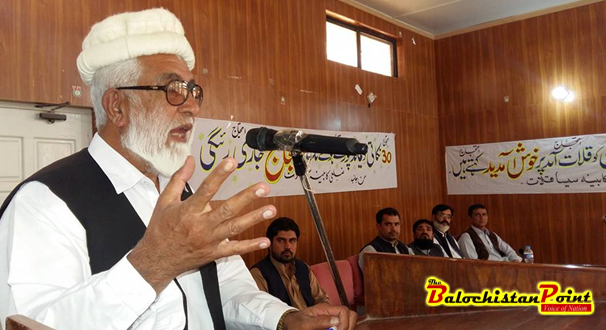 SESA to continue protest for implementation on 30 Point Demand Notice

KALAT: Provincial President of Senior Educational Staff Association (SESA) Abdul Ghaffar Kadizai has said that their protest for implementation on 30 Point Demand Notice would continue until 13th of April. He said this while addressing seminar In Kalat on Tuesday.

Abdul Ghaffar Kadizai said, “In order to save department of education from further destruction, corruption, nepotism, injustice, prejudice and recommendation the series of our protests will last in all district headquarters.”

Kadizai added that Senior Educational Staff would hold protest and stage a sit in in front of Balochistan Assembly in Quetta on 15th of April.

Abdul Ghaffar Kadizai directed all the divisional and district leaders and common members of the association to utilize their capabilities for successful event in Quetta to meet their demands.

Published in The Balochistan Point on March 28, 2017

2017-03-28
admin
Previous: Letter: No water availability at Gushtang Turbat increases sufferings of people
Next: Impacts of Census on Balochistan discussed at University of Karachi