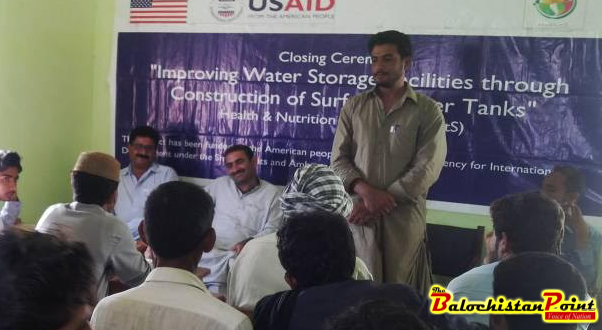 GWADAR: SGAFP-USAID funded eleven water storage tanks have been constructed in UC Nalaint of district Gwadar. The project coordinator informed in the project closing ceremony held by Health and Nutrition society (HnNutS) Balochistan in the community hall of Gwadar, on Sunday.

HnNutS implemented the project titled “Improving Water Storage Facilities in Union Council Nalaint through Construction of Surface Water Tanks” funded by USAID Ambassador Fund Program. The project was completed in mid of May 2017.

The project coordinator informed that community sessions on health, hygiene and nutrition had been organized for raising awareness on glaring issues.

Published in The Balochistan Point on May 28, 2017

2017-05-28
admin
Previous: Why Democracy fails in Pakistan?
Next: Letter: No internet service in Turbat