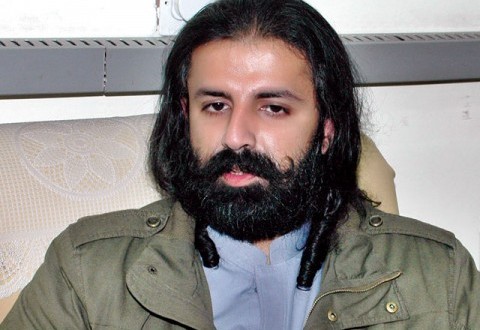 JAKOBABAD: At least four people were killed and three others wounded in an overnight roadside accident, when some vehicles bumped into each other, media reported on Saturday.

According to the details   the caravan of Shahzain Bugti, the grandson of late Baloch leader Nawab Mohammed Akbar Khan Bugti , with number of  displaced persons was on way to Dehra Bugti when some vehicles bumped into each other  and the accident  caused death of four   and wounded three  Bugti men.

It should be mentioned here that Shahzain Bugti was on the way to Kashmore from Balochistan moments after midnight when some vehicles of his cavalcade collided with each other, police sources said.

Thousands of Bugti tribesmen were displaced from their ancestral homes following a security operation in 2005.

Published in The Balochistan Point on January 18, 2014

2014-01-18
admin
Previous: Mohammad Hanif on the Media and Baloch Long March:
Next: Balochistan parties to stage sit in at Parliament House on January 20