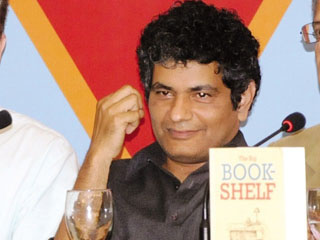 Mohammad Hanif on the Media and Baloch Long March:

Mohammed Hanif’s novel A Case of Exploding Mangoes was longlisted for the Booker prize, shortlisted for the Guardian first book award, Commonwealth literary prize and won Shakti Bhatt first book awards. His new novel Our Lady of Alice Bhatti is published by Jonathan Cape. He works as a special correspondent for BBC Urdu and is based in Karachi.

Asif Magsi: You have written extensively about the issue of missing persons in Balochistan, what made you write on this issue?

Hanif: I haven’t written much, I think in total I have written about 08 to 10 pieces, 08 in English and 06 or 07 in Urdu. So, I don’t think it’s a lot. The reason that I decided to write about the Baloch missing persons was that nobody was writing about it in the mainstream media. You might have noticed that this issue has been around for quite a few years, so although sometimes newspapers report statistics, which are issued by human rights organizations… but nobody ever tries to go and talk to the families of missing people, we refuse to give them a human face, we refuse to acknowledge the fact that these kidnappings are being carried out by state agencies.  There are lots of missing people in Pukhtoonkhua and Punjab as well but since lot of these cases are happening in Balochistan, Balochistan is considered a remote part of Pakistan not just geographically but in our imagination as well.  So, there seems to be this consensus in the media or this unwritten rule that this story should not be reported for various reasons, and I think that’s why I decided this to be very valid story and it should be reported.

Magsi: What are your views on the increasing Talibanization in Balochistan?

Hanif: Well I am not an expert on Balochistan so I can’t give you a detailed answer but based on the couple of times I have visited I can say that I have seen the signs of this. I have seen more and more Madrasas in Pashtoon areas and I have also heard stories about some Baloch militants who are allied to sectarian organizations and obviously in the past couple of years we have seen an increase in sectarian violence in Balochistan…especially, in Quetta from which we can conclude that obviously the attacker is not coming from outside Balochistan, and that there are sectarian militants in Balochistan and they have sympathizers there as well so, all I can say is yes!

I have visited only a couple of times but I have noticed these trends and I have talked to people from Balochistan, various areas of Balochistan and they keep reporting about this fact, but having said that this is something happening in Sindh, in the interior Sindh and for a very long time in Punjab so I think it’s a national kind of progression.

Magsi: How do you see the historic long march  headed by Mama Qadeer Baloch and Farzana Majeed , will it be of any worth, will it reach Islamabad Press Club and United Nations (U.N.) office in Islamabad?

Hanif: Well they are still on their way so we have to see what the reaction is when they enter Punjab. Here when they entered Karachi, I was quite pleasantly surprised how thousands of people had joined them, when they entered suburbs of Karachi, lots and lots of people especially women and young men joined them.  So I was very pleasantly surprised, I haven’t seen such a huge Baloch rally in years.  Reports also suggest that people are joining them as they travel through Sindh.   It has been quiet positive they have been welcomed in every town, every city by Sindhi nationalists, mostly.

I don’t know what will happen when they enter Punjab, because the politics in Punjab is completely different.

Most Punjabis are not aware of this march because the media is not covering it.  There is complete blackout,  also the politics of Punjab is different from that of Sindh and  there is hardly any political party which will stand up to speak for the Baloch or which will turn out to show solidarity with them.  So I don’t really know when they enter Punjab what type of response they will get.

Hanif: I don’t know it is very important, there is a symbolic reason that they are marching towards Islamabad.  They are marching through Punjab and heading for Islamabad because they tend to believe that the source of their trouble lies in Islamabad and other smaller provinces are controlled by Punjab. So if they don’t get any support in Punjab and they reach Islamabad and are shown the same kind of indifference that government has shown so far,  they have shown the same kind of indifference that civil society and media has shown so far then they would have succeeded in a sense that they were proven the point that actually people talk of separation in Balochistan and people talk of independence…they are right because the majority of this country does not care about their plight, majority of this country is not interested in getting them justice.

These people have been fighting for justice and fighting in a manner that is very peacefully; they are the some of the most dignified protestors this country has ever seen, at least, I have seen in my entire life.  I do not remember the last time somebody walked hundreds and hundreds of miles under very harsh conditions to get a very basic kind of justice.

Magsi: Are the marchers getting enough coverage in the national mainstream media and international media? What significant role can media coverage play?

Hanif: I don’t think they got enough coverage; I don’t think they have hardly got any coverage at all in the national media. There is only one Balochi channel (Vash News) in which they use to get some coverage and that channel has shut down now because of lack of funding because nobody is willing to advertise with them.  So there is no sort of media avenue for them, when was the last time that you had a breaking story in any news channel about these people and their plight, when was the last time you saw front page story in any newspaper about what these people have gone through.

The media can first of all let the people of Pakistan know this is what the state is doing with some of our own people; also, they can help raise awareness and at least start debate on this very important issue that has not happened so far. (Courtesy : Naked Punch

Asif Magsi is a Lahore based researcher and human rights activist, he has completed a Masters degree in Media and Communication from the University of Balochistan, Quetta.

Republished in The Balochistan Point on 17 January 2014