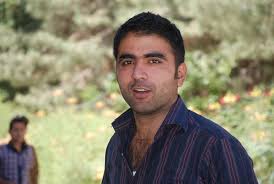 Dr Abdul Malik Baloch, the chief minister of Balochistan, is unlike his predecessors as he hails from an educated middle-class family. His statements on education policy, anti-corruption and improving healthcare are hence praised because he is an ‘educated, middle-class man’ and not a tribal chieftain. Tribal chieftains are often blamed for the backwardness of public services and are considered obstacles to improving the education system. The contrary is expected of those who are not tribal chieftains, clearly.

People who are all praises for the chief minister ignore the fact that he inducted a number of sardars and nawabs in his cabinet. Moreover, the media and our ever-punitive feminists have forgotten to criticise Dr Malik for not including a single woman in his cabinet. It seems that all that the people of Balochistan wanted was a sense of socioeconomic equality by seeing a middle-class man in power — which is why a blind eye has been turned to other aspects of governance.

People make fun of the former chief minister Nawab Aslam Raisani because of his non-serious statements in the media. But how is Dr Baloch any different? For example, during his first month in office, the chief minister remarked with a smile, “It is not the first insurgency in Balochistan. We will convince the separatists for negotiation.” Three months later, he quipped, “We are open for dialogue and want to resolve the issue politically.” And a couple of months after that, he said: “We contacted Baloch separatists.”

Like Raisani, Dr Malik was irritated after the separatists contradicted his statements. Like Raisani, Dr Malik tried but could not persuade the separatists to negotiate. Regarding Balochistan’s shoddy infrastructure, Dr Malik said that the National Highway Authority had failed to meet the expectations of the people and that it had provided lip service instead of completing projects that have been delayed for decades. Raisani issued the same statement multiple times during his tenure.

Dr Malik knows his history well. He lashed out at the Pakistan Petroleum Limited and likened it to the East Indian Company of the 1850s. Dr Malik is clearly not happy with the federal bureaucracy.

Dr Malik thinks his government is fighting corruption, but the National Accountability Bureau thinks otherwise. Two sitting ministers in Balochistan are among others who are accused of embezzling millions of rupees from the public exchequer. Furthermore, kidnappings are on rise and sectarian violence continues uncontrolled. (Courtesy: The Express Tribune)

Republished in The Balochistan Point on 17 January 2014