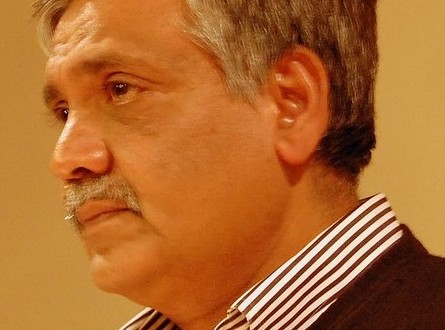 At the start of the talks during his recent visit to China, Pakistan’s premier Nawaz Sharif told the Chinese prime minister, Li Keqiang, what has become a traditional cliché with the Pakistani diplomatic policy, “Let me tell you very candidly and very sincerely that what I am witnessing here on my visit to Beijing, it reminds me of the saying our friendship is higher than the Himalayas and deeper than the deepest sea in the world, and sweeter than honey”.

Subsequently, eight pacts were signed between the two prime ministers. By cooking up hype to promote these trade deals, Nawaz government  has generated hopes that China will perhaps rescue Pakistan from the disasters it is facing in sectors such as infrastructure, energy and economy.

The Pak–China diplomatic relations were established in May 1951. Ever since the relations between the rulers of the two countries have been cordial owing to the mutual interests of the two states. However, the foreign policy in the last analysis is the continuation of the domestic policy and it emanates from the socio-economic system that prevails in a certain country.

In the last century, China went through three revolutions and a major counter-revolution. The first revolution was a bourgeois revolution in nature, led by Sun Yat-sen in 1911. Also known as the Xinhai Revolution, the 1911 revolution delivered the end of the Qing dynasty and established a republic. However, it failed to create a unified nation state or to complete the other tasks often attributed to the national democratic revolution.

Consequently, the war- lords began to lord over their fiefdoms and ravaged China besides assisting Japan and Western imperialists in plundering the land. The second revolution erupted in 1924-25. It was led by the newly-emerging Chinese Communist Party. It was a classical socialist revolution on the lines of the Bolshevik revolution of 1917 in Russia. However, this revolution was drenched in blood by the reactionary nationalist forces, led by Chen Kai Sheik.

Following the defeat of the second revolution, most of the communist leaders fled to the countryside and started a guerrilla war,  basing their support on the peasantry.

By October 1949, the peasant army had secured the big cities where the workers also rose up and pressurized the new regime under Mao to expropriate capitalism. The imperialists, exhausted by the Second World War, were too weak to intervene and defeat the Chinese revolution.

Although this was not a Marxist-Leninist revolution yet the expropriation of capital, distribution of land and the nationalisation of industry laid the basis for a planned economy. Consequently, the Chinese economy and society made huge advances in spite of a bureaucratized state and political elite. But owing to the bureaucratization, the economic growth began to falter in the 1970s entailing stagnation and social crisis.

During the immediate post-revolution era, the foreign policy under Mao was dictated by nationalism rather than Marxist internationalism. However, in the absence of capitalism the aid to Pakistan and other developing countries was not entirely for the sake profits and economic gains. The Chinese aid was driven by strategic gains. Main concern was to boast the international image of the Chinese bureaucracy.

When military and trade deals were struck, corruption was hardly involved. This is because the bureaucracy in spite of its control of the economy and its iron grip on society, could not privately own the means of production or transfer accumulated wealth through inheritance. However,  the Chinese support to different regimes in Pakistan [as elsewhere] was not class-based. Hence, all sorts of military dictatorships and bourgeois politicians got Chinese aid. China maintained cordial relations with the bureaucratic elites across the Himalayas. While the Ayub and the Zia dictatorships ruthlessly repressed the workers, the rulers in China conveniently ignored these crimes.

In the post-Mao period, the Communist Party led by Deng Xiao Ping instead of creating a workers democracy according to Lenin’s four postulates, began a transition to capitalism 1978 onwards.

The capitalist restoration in China has not only led to huge socio-economic disparity within China, it has also transformed the character of its external investment, trade and foreign policy.

While most members on the standing committee of the polit-bureau are billionaires, one can easily gauge the real motives behind the foreign and economic policies pursued by the present-day China.

China is today the biggest investor in Africa, Asia and Latin America with very evident imperialist designs and methods. However, in the last two years China’s economic growth has plunged to nearly half of its growth rates before 2010. According to a report in the Daily Times [July 12], “Grim trade outlook warned: China exports fall 3.1 % in June against the forecast of a 4% increase”. China is desperately trying to prop up growth by massive public/private investments in China and abroad.

The investments in Gawadar, Kashghar-Gawadar highway and other projects are aimed at boasting Chinese exports and reduce their costs of transportation.

Through the Kashghar-Gawadar highway the distance to the Middle East for Chinese exports as well as import of coal and oil will be halved. These trade deals will benefit either the Pakistani and Chinese businessmen or the contractors. With no end to the crisis of capitalism in sight, people in the two countries will not win anything tangible. This friendship ‘higher than the Himalayas’ is mutually beneficial only for the bosses on both sides of the Himalayas. (Courtesy: View Point Online)

Lal Khan is the editor of Asian Marxist Review and International Secretary of Pakistan Trade Union Defence Campaign. He can be reached at ptudc@hotmail.com