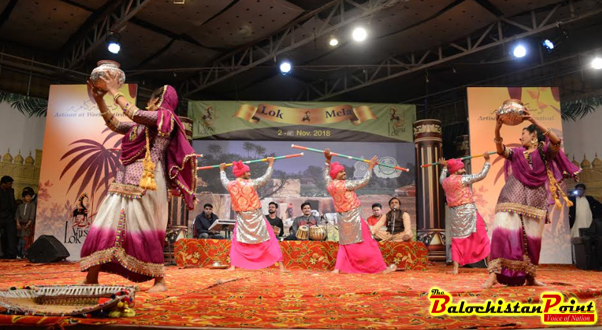 Islamabad:  Culture pavilions of different provinces are the major attractions of the Lok Mela organized by the Lok Virsa, with Sindh displaying the rich culture and traditional architecture of the land of Sufi saints.

Sindh pavilion was a Centre of interest for the people who thronged the venue to have a glimpse at the cultural heritage of different regions of the country.

Later in the evening, Sindh Musical night was held at Lok Virsa Open air theatre which was a mix of folk and Sufi music.

Published in The Balochistan Point on November 8, 2018

2018-11-08
admin
Previous: Ahmed Umer: the reborn revolution
Next: Balochistan will not give ownership rights of Gwadar’s land to private conglomerates: CM Balochistan