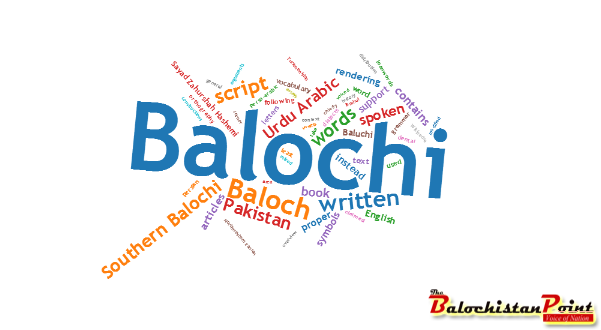 My visit to Balochistan Academy Turbat made me meet one of the most admired short story writers of Balochi literature, Ahmed Umer. He was different, from my point of view, from the rest of the members of the literary society. As I had already read his only short story book “Murg Dahim ha Baal kanant (The birds always fly)” combination of twenty short stories talking about various Baloch societal problems and their suitable solutions, I was his fan before the gathering. In my early days in the literary society, Ahmed was posted in police in Turbat who used to come in Academy each day he got free from work.

It was a time Ahmed had rejoined Academy after a spam of approximately four years. His love had begot him to work on his second short story book. He happened to get to an introduction with me after my translation of one of his short stories into English, the birds always fly, got placed in Daily Times newspaper. His words were so appreciative that led me to further translate his whole book into English which is under process of publication.

Basically, Ahmed got birth in a very poor family on 2nd of November, 1978, in the house of Malang Umer Bejjar in Singanisar Turbat. It was a time when education had just begun to come in notice with the presence of merely few schools in the city.

Similarly, Baloch society has always been under the poverty line from ages. It caused Ahmed, in his early days, to get into the police for the smooth running of his family. He passed his primary and middle education in his birth town Singanisar after which he went to Model high school Turbat for the higher education. During class eighth, Arif Baloch, a famous Balochi singer, was on the map for his beautiful voice and songs. Ahmed’s interest in Balochi literature came up after listening his songs. Further, he joined one of his close childhood friends Abid Aleem, a great poet, in the literary society in Turbat (Balochistan Academy Turbat). He started his journey with pieces of poetries like Abid Aleem but failed. After that he quit his efforts in jotting down pieces of poetries but he was blessed to have Dr Hanif Sharif, a logical Balochi short story writer, actor, producer and director, who reckoned Ahmed’s talent was not in pursuing a career as a poet but a short story writer. Afterwards, he guided him towards a very bright chapter of his life that brought his name in Balochi literature when he initially began to write short stories for annual Balochi magazine “Aadenk”. Later, he combined his first Balochi short story book “Murg Dahim ha Baal kanant” in 2013, including twenty short stories. It was when Abid Aleem, Nasir Basheer and some other writers were on the verge of success and their books were on high demand, Ahmed grew up silently like a shining star among them. Most of the members of Balochistan Academy thought it would be a foolish idea to publish Ahmed’s book for, the book would not be sold but Maqbool Nasir, vice chairman of Balochistan Academy, had a strong belief over Ahmed and his writing. He decided to publish the book. Luckily, when the book got published, around 500 copies were sold in no time in Balochistan and Karachi. Even, all of the printed copies of the book finished all across the province while the other writers’ books were yet to be sold. This was the beginning of a new life for Ahmed Umer as a short story writer but his sudden transfer orders to Pasni in metro police proved costly for him to continue his writing further.

When he went to Pasni, he could not avail the same literary environment that he possessed in Turbat city. Gradually, he got into religion and became a cleric leaving away all his literary activities. He served as a metro police officer in Pasni for a few years far away from his friends, family and Balochi literature. Gradually, Ahmed went on a different road of a disparate world where the residents were far unalike the ones in his old society. He became lost in the middle of the world he never wanted to get in. And soon after, he was Mullah Ahmed bin Malang Umer Bejjar, the metro police officer.

It is said that the real love always attracts you back. In the same manner, when Ahmed got his post back to Turbat after around four years, his love for his society brought him back to the stage he was once in 2013. It was 2017 when he had again started to join Balochistan Academy as a member. Everything was different after a long duration of around four years; new faces had joined the Academy, new activities were adopted with the new cabinet. But Ahmed was pleased to see Maqbool Nasir, Irshad Parwaz, Abid Aleem, Ghafoor Shad and few other old faces taking the charges of the Academy.

Here he started his journey back from where he had finished. He began to notice the nature and minor problems of his society which gradually became major in no time and initiated writing his short stories in the hope to convey his message to the Baloch people yet again. The change he brought in the mindsets of Baloch way back, is expected to get back in the Baloch society with the re-entrance of Ahmed Umer in the Balochi literature and the hearts of thousands of Baloch. He has been writing his second short story book which is expected to get published in the beginning of 2019. Most of the short stories of the second book are written and proofed while some others are in the process.

Ahmed Umer has always been a revolutionary short story writer who has always talked of revolution and betterment in the Baloch society. He mainly focused on cruelty towards animals, conflicts in relations, misunderstanding, deforestation and the rights of each creature of Allah the Almighty. He is always the follower of Justice in the Baloch society and against of unjust in each aspect of the human life. Perhaps, this is the reason he is loved by all Balochi readers. With his presence back in Balochi literature, we will not be wrong to demonstrate that the revolution got a rebirth. Since, he always sees each thing so closely and clearly that no one can have any sort of doubts in what he had written about.

The writer is a part time teacher at DELTA in Turbat and a regular student of LLB (5 years) at School of Law University of Turbat.

Published in The Balochistan Point on November 7, 2018