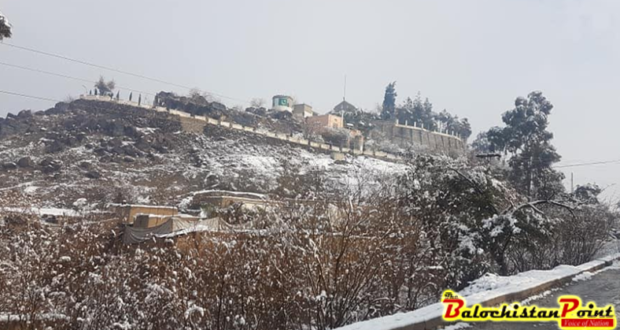 ZHOB: Zhob valley received the first snowfall of the winter accompanied by light rain, intensifying the cold wave and bringing the mercury down here. High-altitude areas including Koh-e-Sulaiman, Shin ghar, Sangay ghar, Gustoi and Babar and plain areas including the city received snowfall and rain that began late in the night. Severe cold also gripped neighboring Sherani district after receiving rain and snowfall, which restricted the residents of hilly areas to stay indoors. The snowfall in both districts attracted a large number of youngsters and children who thronged to mountain peaks and picnic points to enjoy the weather. They were seen wearing warm clothes to save themselves from the cold waves.

The prolonged dry spell had not only caused water shortage in many rural and urban parts of the district but also had a negative impact on the crops yield. Zhob is a producer of wheat and garlic besides seasonal fruit and vegetables. Over fifty percent of agriculture land depends on rainwater. In many villages wheat cultivated area is rain-fed (Wuchoba). After rain and snowfall, the prolonged dry spell that caused infectious diseases at last ended.

On the other hand, the people of the area faced a great deal of inconvenience owing to power tripping and low-voltage that has created numerous problems and multiplied the miseries of people manifold.

Published in The Balochistan Point on January 31, 2019

2019-01-31
admin
Previous: Down Fall of Pashto Cinema in Quetta
Next: WAF Quetta members demand formation of Provincial Commission on Status of Women