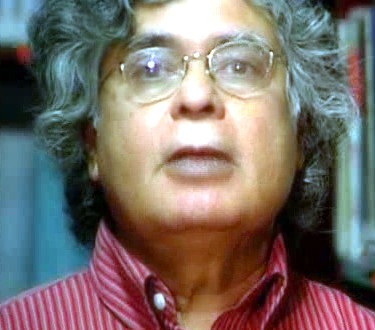 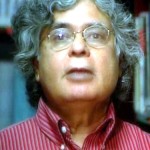 Nanga Parbat. But we had little time to watch the details unfold on news channels. Our minds were set on other acts of terror and there was some work to do to try to understand their meaning and implications. However, the news of the carnage in the mountains did enhance our sense of horror and disbelief over what is going on across this wounded country.

This visit to Quetta that I am talking about was undertaken to look into the tragedies that had occurred on June 15. In the small hours of that day, there was an attack on the Residency in Ziarat, demolishing the heritage building in which the Quaid had spent the last days of his life. Later, a bomb exploded in a bus in which the students of the women’s university in Quetta were about to leave for their homes.

If that gruesome event has not already faded out of your memory, you may recall that 12 girls died in that blast and 10 were injured, one of them very seriously and she expired while we were in Quetta. This in itself was a national tragedy. However, a more dramatic and no less shocking event was played out at the Bolan Medical Complex where the injured were taken and where the high officials of the police and the administration were present.

The gun battle that took place on the premises of the Bolan Medical Complex was partly covered live by the channels. It seemed to have come straight out of an action movie. Among the casualties here was the deputy commissioner of Quetta. One suicide bomber, holed up on the upper storey of the complex, was able to do a lot of damage with his automatic weapon before blowing himself up.

It is not my intention to recount the incidents with any specific details. One reason is that there is so much to tell after detailed conversations with concerned officials and others who had watched it happen. This opportunity was provided by the fact that I was a member of the fact-finding mission sent by the Human Rights Commission of Pakistan. This mission was led by Asma Jahangir, who personifies the struggle for human rights in Pakistan and is indefatigable in pursuing her assignments. Other members of the mission were Malik Saeed Hasan, Kamran Shafi, Nazish Brohi and HRCP’s Rafia Asim.

During three hectic days, we met high officials, representatives of the leading political parties and civil society activists. We visited the site of the bus bombing and had a meeting with the vice-chancellor of the women’s university in her office. We went to the Combined Military Hospital where we talked to three girls recovering from their injuries.

Because of the timing of our flight from Karachi, Nazish and I were not able to join our colleagues from Lahore at the Bolan Medical Complex. From what I heard about this encounter from Asma, I did not have the nerve to go there on my own. The gory evidence of what had happened a week earlier was still there. One can only imagine the shock that such a sight can deliver to any sensitive person. It is also a tragedy that these acts of terror are generally thrust aside from our collective consciousness because we are becoming immune to the loss of human lives.

Our visit to Ziarat would demand an extensive reportage, partly because of a long drive – less than three hours – through a hilly terrain marked by its rugged beauty and a sense of mystery about the place. Were the Taliban hiding somewhere, in some of the villages and orchards dotting a landscape that is so sparsely populated? This is Pakhtun area and I thought I espied a Taliban flag in the distance. Anyhow, we had some moments to sit on the sloping lawn of the Residency, near the burnt-out structure of a building that reminds you of a person whose vision, in a sense, is in an equally dilapidated state of repair.

So, when our rulers express their resolve to quickly restore the Residency, should they not be more concerned with the restoration of a country now under attack by terrorists and by the primitive passions of extremists in total defiance of what it was meant to be? These troubling thoughts interfered with the peace and serenity of the environment.

What had happened in Ziarat was at variance with what happened at the women’s university and the Bolan Medical Complex. This would illustrate the entire spectrum of predicaments with which Balochistan has suffered for so long. Anyhow, this was an opportune moment to visit Quetta, soon after a historic shift in the governance of the province. For the first time, a chief minister who is not a tribal leader has taken oath. Dr Abdul Malik Baloch is truly a commoner – a political worker who belongs to the emerging intelligentsia of Balochistan.

This, then, should inspire some hope in the future of a province afflicted with so many diverse problems. Our visit to the missing persons’ camp underlined one seminal issue. Mutilated bodies are still found in Baloch areas. The Ziarat incident certified the challenge posed by the separatists. Persistent attacks on the Hazara community may be seen as an extension of the sectarian violence that is threatening to tear the country apart. What happened at the Bolan Medical Complex would suggest that the attacks by the terrorists – mainly the Lashkar-e-Jhangvi – against the police and administrative officials are gaining strength.

In this perspective, understanding the overall state of affairs becomes very difficult. Our encounters with the various stakeholders and participants in power left us vacillating between hope and despair. There were hints that the administration, led by the sagacity of Dr Abdul Malik, is beginning to put its act together. On the other hand, a surge in violent incidents just after the induction of the new provincial government projected a shade of gloom.

Another issue that is mystifying is whether the Baloch separatists now have some nexus with the Lashkar-e-Jhangvi and the Taliban. Some seemed convinced of this unholy alliance and pointed towards the modus operandi of the Ziarat attack. Others, particularly the political activists, dismissed the thought out of hand. There were also some questions about the presence of a female suicide bomber in the bus that was bombed.

Irrespective of all these questions, there is no doubt that, as Asma Jahangir stated in her preliminary remarks in Quetta, “targeted killings, the issue of missing persons and violation of human rights” have severely damaged peace in Balochistan. But the rest of the country is not sufficiently concerned about it. (Courtesy :The News)

The writer is a staff member. Email: ghazi_salahuddin@hotmail.com

Republished in The Balochistan Point on June 30, 2013