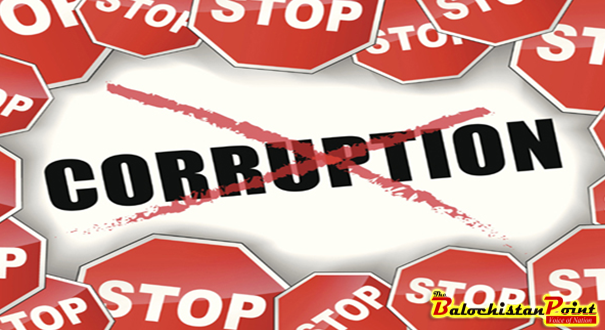 Speakers say, Corruption is crippling to the overall functionaries of the state governance

Quetta: A Seminar was organized by the Directorate General of Anti-Corruption & Enquires Balochistan along with University of Balochistan Quetta on Thusday.

The main thematic approach for conducting the seminar in university was to give knowledge regarding the future generations about the menace of corruption that how it is crippling the smooth functioning of the state functionaries.

Adding to this as Universities and educational institutes are the nurseries in provision of future human resource.

Vice Chancellor UoB said that revival of university is a test case for other departments because before 2013 this university was facing financial embezzlement, administrative gaps, corruption was on highest nodes but we managed it expertly it is all because of the team work, he endorsed that we have very capable consultants, professors and experts that have international knowledge.

He said “If top man is honest then the chances of corruption becomes to nil and void. Building institution’s with due decorum in the real thing that needs to be incorporated in the SOPs of the state departments.”

Director General Anti-Corruption & Secretary S&GAD Mr. Bilal Ahmed Jamali said that corruption is a menace and it has deep rooted to the overall system ,we control it by our deeds, responsibility’s and usage of available resources systematically by campaigning and encouraging the masses by being vocal. It is not impossible all masses put their optimistic efforts will be vanished thereof.

Director Anti-Corruption Mr. Bashir Bazi briefed the participants the overall functioning of the directorate and said that no preliminary inquiry

shall be initiated by an officer of the establishment against public servant without prior approval of the competent authorities as prescribed in the scheduled-I of the Balochistan Enquires and Anti-Corruption (Functions, powers and procedures)Rules 2011, offences are punishable under 161 to 169, 217 and 218 of the Pakistan Penal Code and as attempts and conspiracies in relation there to or connected therewith. The anti-corruption establishment was created under the West Pakistan Anti-Corruption Establishment Ordinance 1961. He said that this directorate has made tremendous efforts for curbing this menace and ensuring good governance by the vision of Chief Minister Balochistan Nawab Sana Ullah Khan Zehri, Chief Secretary Balochistan Saif Ullah Chatta are supporting to eliminate it from root. There he urged the masses to support this directorate to eradicate corruption from the government departments.

Intellectual and former secretaries of Education and Secretary Finance Munir Ahmed Badani, Mehfooz and Ali Khan said that corruption was a state of mind if one did not do it you will not be compelled to do it. Corruption kills generation, soul, civilization, societies. Why don’t us follow the preaching’s of Prophet Mohammad and the Islam this religion is a complete code of life. They said that government must adopt international standards to made new rules of business, and also urged the government to work on productive way to the human resource development and CPEC is very productive to produce more technical jobs so government must send the youth to foreign countries to avail the opportunities’ of jobs and technical expertise.