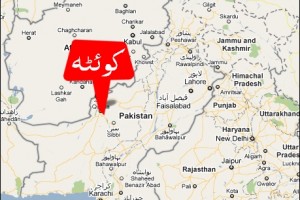 Quetta: At least eight students of Degree Colleague Quetta injured in a clash between Baloch and Pashtun students of the college on  July 9, on Tuesday.

The clash began about 9 a.m, when the members of Pashtun Students Organization were having a program at the college auditorium and they were trying to close the classes forcefully.

The situation became intensive when members of Pashtun Students Organization (P.S.O) misbehaved with other students and fired on Baloch students; however, the police have not confirmed the firing case.

The unit secretary of Baloch Students Organization (M) received injuries including some other Baloch students.  The students freely used sticks and pieces of furniture during the fight against each other. College administration said

The newly elected MPA of Pakhtunkhaw Milli Awami Party (P.M.A.P) from P.B 5 Quetta Nasurullha Zeray was supposed to be the chief guest of the program.

The administration of University of Balochistan has announced the suspension of academic activities in the university on 10 and 11 July.

Published in The Balochistan Point on July 9,2013