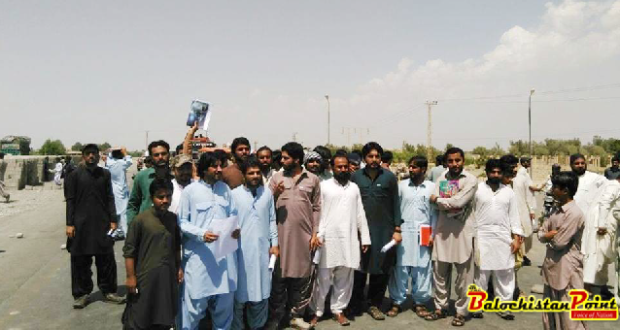 Uthal: Students of Water Resource Management at Lasbela University protested on Friday against the administration of  University, when the concerned department refused to conduct their examination.

The students protested by blocking Main R.C.D.Road, chanting slogans against the University administration. The protesters caused a traffic jam for more than an hour.

The passengers had to face trouble due to the long traffic jam caused by the students.

Students of Water Resource Management at Lasbela University of Agriculture, Water and Marine Sciences said that their final papers were supposed to commence on Friday, however, the University refused to conduct examination.

“According to University administration the postponement of papers is because of attendance percentage but there has been no such issue,” said one of the protesting students, adding that if attendance is being made an issue so teachers should be asked to remain present.

later the protest was called off on the assurance of early solution to the problem by police and university administration.

Published in The Balochistan Point on March 26, 2016

2016-03-26
admin
Previous: Pakistan Television Corporation to Have New Boosters in Balochistan
Next: PUAN Members Celebrate a Day With Children at SOS Village Quetta