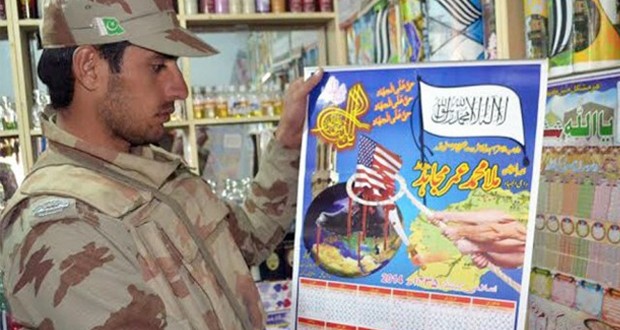 QUETTA: In a move that hints towards change in policy of government, security forces in Quetta launched a crackdown against the shops that were selling hate material, on Saturday.

Crackdown was jointly carried out by Police, Levies and Frontier Corp (FC) with the help of information provided by intelligence agencies.

According to security officials, at least 40 shopkeepers were arrested during the raids who are being interrogated.

According to media sources, the hate material belonged to TTP and other militant organizations.

Furthermore, the crackdown was expanded into 15 districts of Balochistan by security forces. At least 100, shopkeepers were detained in those districts and they are being questioned for any links with militant organizations.

“This crackdown is insufficient to prove the resolve of government in fighting militancy,” said an analyst. “Confiscating hate literature will be meaningless if the leaders of sectarian outfits are allowed to roam freely in Balochistan,” added the analyst.

2015-01-03
Editor
Previous: Business Of Private Schools And Academies
Next: Strategic Stability Of South Asia In The Backdrop Of Nuclear Capabilities