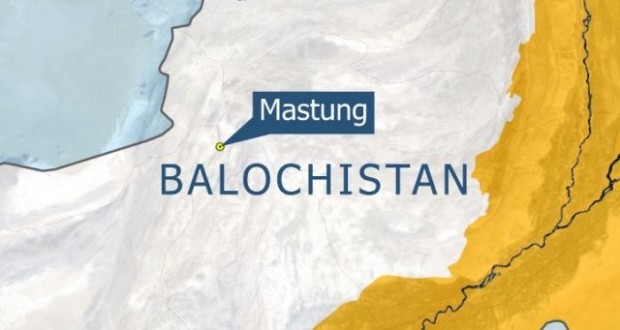 Suspected kingpin of a banned outfit killed, 2 arrested in Dasht

Quetta: At least one person, suspected to be a kingpin of a banned outfit, was killed, two others arrested and a huge cache of arms and ammunition was recovered in a search operation jointly conducted by Frontier Corps (FC) and Anti-Terrorist Force (ATF) in the Dasht area of district Mastung on Wednesday.

“In the retaliatory firing, a suspected member of a banned outfit was killed while two of his accomplices were netted inured,” he added. A suspect managed to flee from the scene, said the DIG investigation.

Security sources also confirmed that the suspects were also wanted in the cases of attacks on Hazara pilgrims, police and NATO containers. Staff report