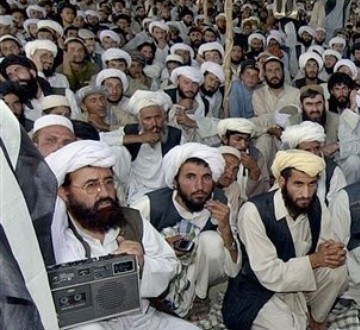 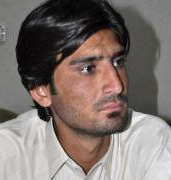 It was last Friday when I went to pay my prayers. Soon after the congregation a young man with a long beard and long hair wearing a black turbine round his head stood up in the first row. “Dear Muslim brothers, Tehrik e Taliban Afghanistan are busy in a war against U.S, NATO and their allies in Afghanistan. We are giving sacrifices for upraising the flag of Islam and to defeat our collective enemy U.S and its allies as it duty of every Muslim to fight against the non Muslim invaders. You are appealed to take part in the holy-war, if by any weakness you can not participate then do put your share to help the mujahideen financially”, words of the young man.

In wee, he collected a large sum of money and charity and was then seen off with plenty of esteem too.

The purpose behind this entire story is to say that so much as Pakistan becomes a part of war on terror and negates Taliban; there is political, economical and moral support for Taliban in Pakistan. They are supported politically by religious parties i.e. JUI, JUI-N,  Jamait Dawa, Ehl e Sunnat Wal Jamait, Jmaiat Ehl e Hadis and so on. These groups help them financially as they collect funds and charities for them. They also try to justify Taliban suicide attacks as valid. Afghan Taliban are provided safety and given safe exits after doing any sort of terrorist attacks. Pakistan is their second home as Mullah Umer would often say. It is quite clear that Pakistani establishment supports Taliban in Afghanistan and the U.S reservations seem to be true regarding Haqqani network and Quetta shoora.

On the one hand Pakistan denies talibanisation while on the other hand she supports Taliban through religious groups. The political leadership of Pakistan condemns U.S drone attacks as it is the soft corner for Taliban for their leadership is being hit via drone attacks and that Pakistan faces its reaction severely. It is all about the double standards that caused Pakistan more problems. There are two major blocs in political dynamics of Pakistan as PPP, ANP, MQM and few other nationalist parties anti Taliban and resist helping afghan Taliban while PML N, PML Q, Awami league, Jamat Dawa,  PTI, JUI, JUI Nazriati, are pro Taliban. The prior have been under the cloud for last five years particularly where as the later were more relaxed. How ever Pakistan has failed to bring a consensus over war against terror even after being allies of the U.S after 9/11.

Now when the U.S is going to wind-up the war against terror in Afghanistan; Quetta shoora and Taliban in Balochistan have been activated deliberately in Balochistan. No doubt Quetta shoora exists in Balochistan as the recent attacks on Hazara community would never be possible without the assistance of Taliban. However, the fresh attacks on NATO trawlers and vehicles in district Mastung and Dasht area make it more confirm. Taliban have political support in Balochistan as well, especially in those districts of Balochistan where JUI and religious groups exist, i.e. Queeta, Qilla Abdullah, Chaman, Qilla Saifullah, Pishin, Ziarat and Loralai. They have main camps and hideouts in different districts of Balochistan.

However, the Baloch nationalists have always condemned the Jihdist movements and the sectarian violence in the region. The nationalists groups of Baloch have been against religious killings and butchery on the name of religion. The Baloch guerilla leader Dr. Allah Nazar Baloch in an interview openly condemned the talibanisation and considered it a tool to deteriorate the Baloch cause as they did in 1971 in Bangladesh by the names of al-shams and al-badar. Lashkar-e-Janghvi (LeJ) Tehrik-e-Nifaz aman, Baloch defence army and some other paper organizations have been installed to counter the Baloch separatist movement as they exploit the name of Islam to justify their attacks. These elements consider the Baloch the traitors and agents of India and other foreign countries and target the Baloch leadership, political persons, doctors, engineers, poets, and Baloch intellectuals. They are also involved in the kill and dump policy of state as they kidnap the Baloch students and political leadership and throw their bullet riddled bodies on roads, in mountains and deserts.

The U.S had better think and revise its policy of departure from Afghanistan because the war against terror will soon be shifted to Balochistan and that the arms and ammo will be used against innocent Baloch masses. The Pakistani establishment plans to make it a hell for the U.S when they pass through Balochistan as they have already started attacks on NATO containers and vehicles carrying goods to Afghanistan. These attacks may increase because frontier constabulary (F.C) has refused to provide security to NATO vehicles. The police are not that eligible and operational to safeguard these vehicles as there is much possibility that these vehicles may be looted by Taliban on routes of Balochistan. This has been a concern of Baloch nationalists that warhead being used in Afghanistan is now used in Balochistan by forces over Baloch missing persons in torture cells. And there is more risk ahead if the U.S departure starts in 2014.