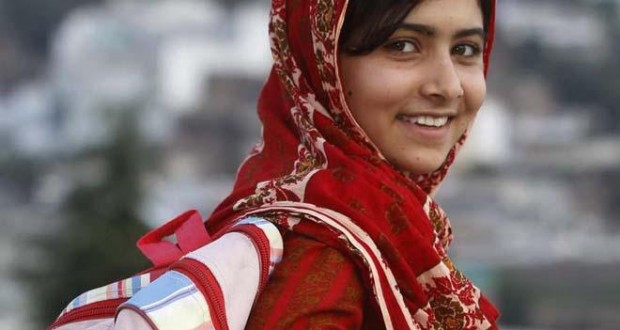 afzai earned fame by her struggle to promote female education in backward area of Swat, a Talban influenced area in Pakistan. International humanitarian organizations especially United Nations encouraged her, when On Oct 9, 2012, she was shot on her head and neck by Taliban.

It is questioned; Why Malala’s issue is given unusual attention and importance by national and international media and United Nations.  Malala Yousafzai delivered a speech on July 12 in United Nations but, on the other hand, mind is failed to accept the fact that why Malala has become such an extraordinary   figure for United Nations, why not other thousands of girls, who are under threat of dangers and violence and they are not focused by media.

Disappointing role of UN can never be forgotten when on June 15, 2013 a bloody incident occurred in Quetta that claimed the lives of more than 20 innocent female students and injured 40 others. So-called strong and impartial media with most powerful institutions of world did nothing except giving two days coverage and two statements. Silence on such heinous and sadistic violence on women gives birth to number of questions on the role of UN and other international champions of human rights. The UN Secretary General Banki Moon   merely paid lip service by terming the incident as   “an ugly act”.

Why did Malala not speak about drone strikes in UN? Why does everyone care much about Malala and not other innocent girls murdered by drones in Pakistan and killed by NATO in Afghanistan on daily basis.  The words of innocent Malala seem beautiful for children and women education, but international actors have conspired and designed their own interests beyond the screen.

Malala’s vision may be inspiring for world women education. However, the role of UN and others international humanitarian groups and media yet remains discouraging.

The writer is student of media studies at SMI University and human rights activist. He can be reached at  balochkhank@yahoo.com

2013-07-28
admin
Previous: Task force is a tool to further delay the issue: VBMP
Next: Taliban in Balochistan