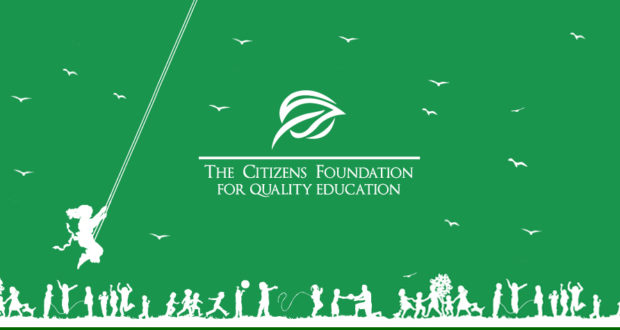 TCF Collaborate with AGAHI Awards to bring Public Policy Focus on Out of School Children.

KARACHI: The Citizen Foundation (TCF) has joined hands with Mishal Pakistan, the Country Partner Institute of Global Competitiveness & Benchmarking Network, World Economic Forum to bring public policy focus and debate on “Out of School Children”. The partnership will create a special journalism award category aiming on reporting out of school children at the AGAHI Awards 2019.

Earlier this month, Mishal Pakistan and TCF signed a memorandum to support and provide a formative strategy for engaging journalists to bring policy makers’ attention towards out of school children. The achievement of the overall goal is a substantial and sustainable reduction in the number of children that are out of school, and to strengthen this achievement into academic milestone of every educational institute.

Speaking on the occasion, co-founder AGAHI Awards, Amir Jahangir said, by collaborating with TCF, AGAHI Awards will be able to increase public focus on out of school children. Pakistan has the second-highest number of out-of-school children in the world. Around 22.8 million children between the age of 5 and 16 are out of school, making 44% of the total population of this age group as out of school.

On the occasion, Isfandyar Inayat, TCF General Manager Strategic Partnership & Community Outreach said, the education crisis in Pakistan calls for stringent public policy and measures. Millions of children who are out of school are being deprived of their basic right to learn and the opportunity to build a better future for themselves. We believe this collaboration is an important step in bringing together important stakeholders to discuss, debate and highlight this crisis, whilst also influence public policy, so that each and every child in Pakistan has access to quality education.

While the contribution of Mishal Pakistan and TCF aim to implement discernible progress and changes in policies and planning on reporting on out of school children, a gap between journalist’s understanding and training on one hand, and implementation on the other remains, due mainly to inadequate prioritization of issues among the policy makers.

This development comes after Mishal Pakistan and TCF collaborated to develop capacity and robust processes for deriving content on out-of-school children and to analyze barriers that have led to their exclusion. This collaboration will postulate the provision of detailed data and evidence-based reporting by the journalists.

The Citizens Foundation (TCF) is a professionally managed, non-profit organization set up in 1995 by a group of citizens who wanted to bring about positive social change through education. 24 years later, TCF is now one of Pakistan’s leading organizations in the field of education for the less privileged.

The AGAHI Awards are an annual award series for journalists across Pakistan. These Awards provide a platform to celebrate and recognize the work of credible and dedicated journalists. AGAHI Awards were inaugurated in Pakistan for the very first time in March 2012; since then the awards have become an essence of several media development initiatives in Pakistan. The Awards are organized in collaboration with local and international media bodies, regulatory authorities, private sector and other stakeholders.

The objective of these Awards is to recognize and appreciate best journalistic practices in Pakistan, creating a healthy competition within media, encouraging ethical and professional reporting practices. Through this initiative, AGAHI Awards team has been very successful in bringing together government, media development institutions, press clubs, academia and private sector with interest in improving the state of media in Pakistan.

Published in The Balochistan Point on October 6, 2019