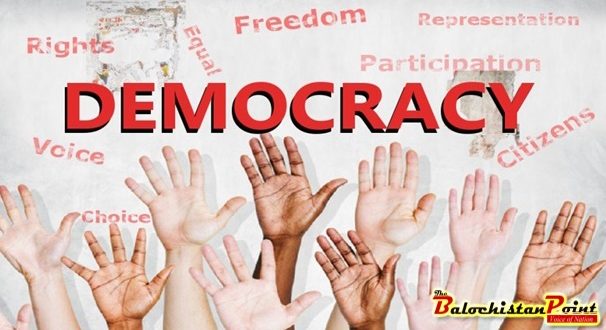 The Dilemma and Disparities of Democracy

Philosophical foundation of democracy rests on the notions of popular sovereignty, participatory governance and the rule with consents. The power to form the change a government lies with the citizens who elect their representatives for setting up a government. Such a government is accountable to the people through their representative who have the ultimate power to change it. Democracy also calls for equality of opportunities and protection of law for all citizens irrespective of caste, creed region and religion. It also allows freedom of expression and a right to set up political and other organization within the framework of law and respect of decants.

The constitution of a democratic state is based on the general consensus of the people and it is said to represent their shared aspiration for the future. A democratic power remains in power as long as it enjoys the confidence and trust of the parliament and the electorate. In other words power is the trust of the people with the government which has to be exercised within a defined democratic and constitutional framework. The principles of government‘s ultimate responsibility to the people is the characteristics of a democratic polity however these principles given a concrete shape in a particular socio-economic and political environment of a country.

The failure to establish viable democratic institution and frequent constitutional breakdown in Pakistan have led many to argue that democracy has failed, and that it does not suit the genius of the people of Pakistan. Many author held the selfish corrupt and incapable leadership of Pakistan responsible for the weakness of democracy.

Pakistan faced critical problem in political life after independence. Due to the disparities and inequality the country was supposed to go into serve conflict and crises, enforcement of the Indian act of 1935 for such a long period of time. It  was the first factor that caused uncertainty in the country where in the region of FATA the “FCR” of the British is still valid with all coercive means which gives message of failure and fiasco to the world that an independent state is compe3lled to obey the implemented role and still is dominated by the imperialist thought.

The era during 1947–1958 was the period of institutional destruction of country where the institutions were not developed in a contemporary way. The ill equipped and the biased behavior of the state towards its unit gave birth to the conflicts that are still unresolved. Economic disparities and regional disparities developed a sense of anxiety in each ethnic group against the other and the real reason of such feeling was the absence of socio-economic justice and this socio-economic injustice further developed deprivation.

Published in The Balochistan Point on October 10, 2017