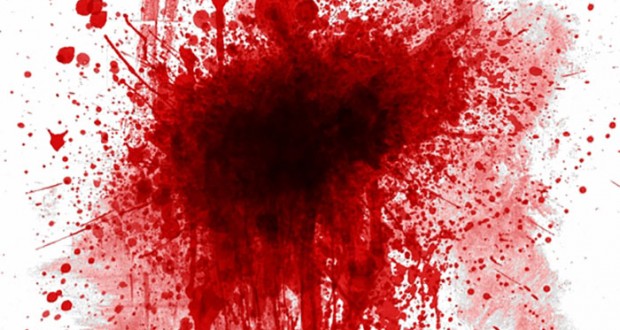 The Last 100 Gory Days in Balochistan

QUETTA — At least two people were killed and dozens injured Thursday when a suspected suicide bomber detonated his explosives outside a Jamiat Ulema-i-Islam-Fazl (JUI-F) rally in Quetta, police said.

JUI-F chief Maulana Fazlur Rehman remained unhurt in the attack, which targeted his bulletproof vehicle. The banned militant group Jundallahclaimed responsibility for the attack. Eyewitnesses said the blast took place as thousands of JUI-F supporters left the venue at the end of the rally.

“My car was badly damaged, almost destroyed. The windscreen of my car was completely cracked. We received a big shock but my friends and I inside the car are safe,” said Fazal ur Rehman while talking to a news channel which was held in honor of Mufti Mehmood at the Sadiq Shaheed Stadium. Inspector General Police Muhammad Amlaish Khan told the media that the suicide bomber tried to climb over the vehicle of Maulana Fazlur Rehman.

On Thursday morning, two unidentified armed men killed nine members of the Hazara community and injured six others in the Hazar Ganji area of Quetta, the capital of Pakistan’s volatile Balochistan province.

Imran Qureshi, a senior police officer, said that the armed men opened fire at a Mazda bus and killed eight members of the Hazara community. “The assailants sprayed bullets over the bus and managed to escape unhurt from the spot,” Qureshi explained.Victims of the attack were shifted to Bolan Medical Complex Hospital and site of the attack was cordoned off by security forces.

Both HDP and MWM criticized the Balochistan government for its failure to apprehend the culprits behind the terrorist attacks on Hazara Shia. “Hazaras, you know, are our ladla babies,” said one of Quetta’s senior most police officer earlier this month. “We’ll do anything to protect them.” He was giving an off the record briefing and went into some detail about the number of security cordons he had thrown around the Hazara community in Quetta, particularly Hazara town.

And what about their movement? Students, traders, office workers? Students going to the university, according to the police officer, received a police escort. The problems of food delivery were discussed. “Even the vegetable vendors get police escort,” he said triumphantly. And then like a true philosopher of law and order he went on to explain: “Do you know the basic problem with Hazaras? They look different; because of their features, they are easily identifiable.

Meanwhile in the Panjgur district of Balochistan, the house of a local PML-N leader and his car were damaged in a rocket attack in Panjgur town, police said. Two rockets fired from nearby mountains exploded in the courtyard of Naseer Ahmed’s house. No-one was injured. Four unidentified bodies were found in different areas.

In the past 100 days, 100 people were killed in different areas in Balochistan including journalists, politicians and religious leaders. Kidnapping for ransomed, bomb blasts and attack on security forces have also increased. Panjgur is the most distrusted area in Balochistan. Chief Minister of Balochistan Dr. Abdul Malik claimed on the assembly floor that the situation has improved but the reality on the ground has not.

Published in The Balochistan Point on October 29, 2014

2014-10-29
admin
Previous: Stolen Antiques Of Balochistan Recovered From Italy
Next: No excuse will be tolerated in timely completion of development projects: Dr Abdul Malik Baloch