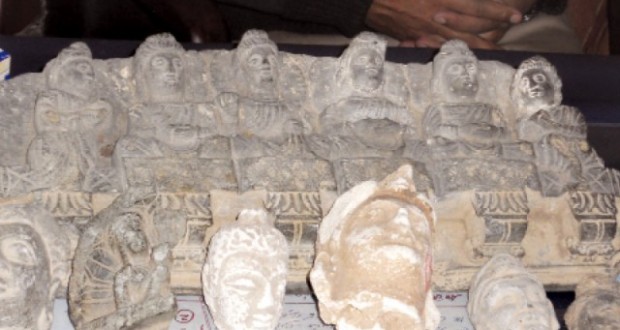 Quetta: Antiques stolen from Mehrgarh area of Balochistan have been recovered by Italian Police in Rome, according to a press statement of provincial government.

The recovered antiques are thousands of years old and they are highly valued in international marketed, added the statement of Balochistan government.

Chief Minister (CM) Balochistan, Dr. Abdul Malik Baloch has expressed delight on the recovery of antiques in Italy. Pakistani embassy will be contacted by Balochistan government, on directives of CM, to bring the antiques back to Balochistan.

Provincial government has not shared any information about the value of the antiques and any arrest that were made in this connection.

There is no system to prevent the smuggling of antiques from Balochistan, The Balochistan Point learnt from credible sources.

Mehrgarh is one of the oldest civilizations of the world. Archaeologists consider it to be over 8000 years old.

Published in The Balochistan Point on October 29, 2014