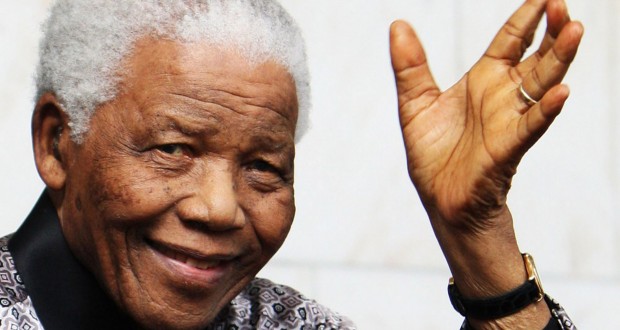 The leader of the ages

Nelson Mandela died quietly in his home aged 95 on Friday,

leaving behind memories of one of the most unforgettable leaders of the twentieth century. His struggle stood out as much for his resistance to the mindboggling racial segregation policies of the white supremacist National Party in South Africa as for his ability to take his country to a democratic dispensation without shedding a single drop of blood. He had followed the African National Congress (ANC) policy of non-violence until 1960, when apartheid grew intolerable and seemingly unconquerable. The tipping point was the killing of 69 anti-apartheid demonstrators by police at Sharpeville. The government banned the ANC and all other anti-apartheid parties and movements, in response to which the ANC abandoned its policy of non-violence and Mandela helped establish ANC’s military wing. Mandela became the first commander of ANC’s new guerrilla army known as the “Spear of the Nation”. He organized a brief bombing campaign in December 1961, which failed miserably, eventually leading to his arrest on treason charges. He would spend another 27 years on Robben Island, a windswept rock in the Atlantic used variously as a leper colony and maximum security jail. The transition from being wedded to armed struggle to political non-violent struggle occurred in the solitary confinement that changed the very chemistry of the leader, who realized that compassion, forgetfulness and the ability to reconcile with the enemy make one a far greater leader then those with hubris. When President F W de Klerk gave way to Mandela as the country’s first black president in 1994, he acknowledged him for his faith in reconciliation and coming together.

South Africa had been afflicted with racial segregation for hundreds of years before the National Party won the elections in 1950 and introduced apartheid as the worst form of racial segregation policy in the country. It was a policy of white supremacy to be achieved by humiliating blacks primarily. Apartheid, meaning apartness in Afrikaans, did not only segregate people of different race or colour, it in fact created divisions within people and groups of the same race and colour as a practical demonstration of ‘divide and rule’. The policy had the support of the Dutch Reformed Church that had given religious cover to all forms of segregation. Apartheid had classified South Africans as either Bantu (all black Africans), Coloured (those of mixed race), or White. Asian (Indian and Pakistani) was a category added later. Worst of all were the Pass Laws, the most hated legislation that rendered any African open to police surveillance and arrest at any time. The law was abolished in 1986 when international pressure grew hard on the SA government and the UK and US imposed selective economic sanctions. Still the non-whites could not live in areas designated white and the police enjoyed sweeping powers to crush dissidents. It was President F W de Klerk in 1990-91 who repealed most of the social legislation that had been the legal basis for apartheid. He opened up discussions with Mandela, still in jail then. This extraordinary inmate was considered the only leader who could give a new destiny to South Africans, which he eventually did, by foremost preventing the imminent civil war. This trajectory was possible since Mandela believed in living together in harmony, and with equal opportunities. Mandela was prepared to die for these ideals, as he had said at the end of his one-hour trial defence speech. The culminating point of his ideology of harmony was the formation of the Truth and Reconciliation Commission in 1995, where both the victims and the perpetrators of the apartheid regime confessed to the misery and agony they suffered and inflicted, and where nobody was prosecuted for his/her crime. It became an exemplary platform to relieve people of their tormented feelings and reconcile the worst of enemies. It was the power of dialogue that Mandela had learned to appreciate, which actually broke the barriers of segregation, both visible and invisible, to give the South Africans a right to live a free life, possessed by none but themselves.

South Africa though, is still far from Mandela’s dream. Segregation has given way to a social divide caused by extreme poverty, while the gap between the rich and the poor has widened. It is now upto the new leadership to keep the vision of their great leader alive not only because he was one of the most respected leaders of our times, but because his ideals gave a new dimension to human rights and lifted humanity to a new dignified place.

Republished in The Balochistan Point on December 7, 2013