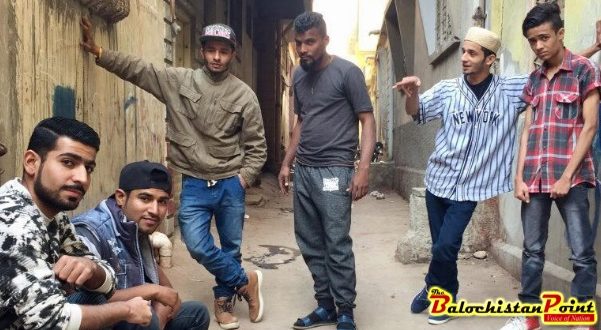 Music Producer-Singer A.R Rehman says “The idea of music is to liberate the listeners and lead them to a frame where they feel that they are elevated.”

There are various genres of music and one is the ‘Rap Genre’ among them. The Rap is a vocal technique of the Hip-Hop music  and it is a sub-culture in itself and the Rap makes only one part of the Hip-Hop music. In late 70s and early 80s, Black Musician created the Hip-Hop and from Hip-Hop music the Rap genre came into existence.  The Rap, therefore, is also called the Black Music. The Rap was born on the heels of the Civil Rights Movements (CRM), a serious fiscal crisis in New York City and other urban areas in 70s. The Rap is more concerned with the portrayal of the social picture socially, economically and politically.

A quick Google search would tell you that Lyari is a Baloch populated area situated on the southern edge of Karachi and is filled with violence and drugs dens. But there are many hidden talents which emerged during the period of worst law and order situation in Lyari, and I tried to tell you in my pervious article about few of them.

Today, I make you to meet with the talents of Lyari Under-Ground (LUG) who wants to be the voice against the violence in Lyari.

The LUG is a bunch of boys, namely Asadullah aka Danger Baloch, Hammal aka Desert Eagle, Daniyal aka Slipknot, Abdul Ahad aka Anxiously, Abdullah aka DJ Khalifa, Abdul Wahab aka DJ killa and M4.

The LUG rapper Danger Baloch is a 22-years-old young boy with a Countdown Cap and Barcelona T-shirt. He says, “We are total seven people in our band. We all met up on internet, and all of us had aspiration of music. We also had a lot of discussion among us regarding music.”

One of our friends, anxiously, gave the idea of the Rap and introduced us to ToPac, Eminem, the popular Rap singer. Anxiously further illustrated his idea that we can exhaust frustration of our society through music, told Danger Baloch.

To be honest, anxiously is the brain behind LUG, Danger Baloch added. We had started the production of the Balochi Rap music in about 2007-08. We incorporated English music into our lyrics, but we have a team today that creates its own music and lyrics. The LUG wants to transform the perception of dangerous Lyari into peaceful and human loving Lyari, Danger Baloch said.

I saw that they have no much equipment but whatever they have they can make meritorious music.

Danger Baloch and DJ Khalifa are twin brothers. As dark needs a glim of light, similarly an artist needs a platform to learn. “Whenever and wherever the opportunity to learn the Rap music appears, we will never hesitate to avail it”, Danger Baloch added.

Danger Baloch said, “I agree that the name LUG does not fix with a reveled band, but we never thought that we could sing on ground so freely. We never wanted the LUG to be on surface, because we wanted to protect our art. The fact is that we had that fear that if any of the gangwar would have found us that you are a singer then they could force us to sing for their promotion, and we never wanted this to happen.”

First Rap was sung by anxiously and second by M4. Our only Rap which become famous is “Lyari aa Plair Een’’ and  trended on social media.

Lyari aa Plair Een was composed by Danger Baloch, DJ Khalifa and Slipknot Denna, and this is almost first Rap in Baloch society which got mass level fame. This Rap is in Balochi;

Either they’re being wasted or killed by political parties.

In this Rap the players of Lyari narrate the tale of Lyari’s gifted sports men and their unveiled identity.

This Rap would make sense as protest anthem against double standard state. Lyari will always be producing the talents; those talents just need an eye to detect them.

Published in The Balochistan Point on June 24, 2017