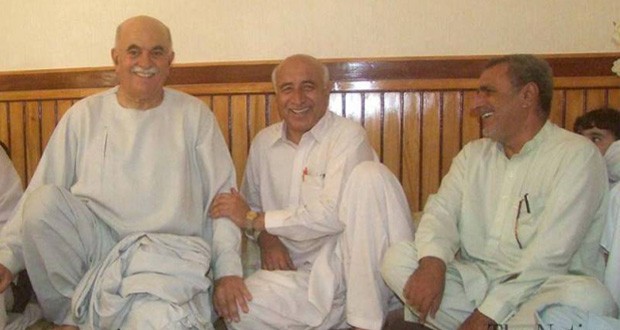 The Myth of Balochistan’s Provincial Autonomy

Provincial autonomy has been a source of tension between provinces and the federal government ever since 1973. This issue was resolved with the 18th amendment that was passed by the Parliament in 2010. Now provinces have a reasonable degree of autonomy in theory. But do they have the same level of autonomy in practice? The answer is a big no, in case of Balochistan.

As a result of the General Elections of 2013, PML-N was the leading party in the Balochistan assembly. Nawaz Sharif played a masterstroke and nominated Dr. Malik Baloch of National Party (NP) as the chief minister. He achieved two objectives through this move: he gave a message that power has been given to Balochistan and managed to make sure that he can call the shots in the province without being held responsible for any of the ramifications.

The first example of the Balochistan government’s powerlessness was the appointment of ministers in cabinet. Balochistan cabinet was not formed until four months after the chief minister assumed office. The reason: coalition partners were not agreeing on portfolios and Mr. Sharif didn’t have time to make a decision after thorough deliberations. After four months, in October 2013, Balochistan cabinet took oath, after Nawaz Sharif approved the names of ministers for portfolios.

One can argue that Balochistan cabinet waited for the approval of Nawaz Sharif because he is the president of the leading party in the provincial assembly. Even if one accepted this argument at face value, it still is difficult to make sense of the way the Quetta mayor’s nomination was handled.

Balochistan became the first province to conduct local government elections. It’s another story that elections took more than a year to complete for various reasons. NP of Dr. Malik and Pashtoonkhwa Milli Party (PKMAP) of Mahmood Achakzai wanted to nominate their man as the mayor of Quetta. Meanwhile, provincial chapter of PML-N and all the opposition parties formed an alliance and wanted to appoint their man for as the mayor.

Nawaz Sharif presided over a meeting of all three coalition partners of Balochistan government and instructed PML-N chapter of Balochistan to support the candidate of NP and PKMAP. Mr. Rahim Kakar who was the joint candidate of PML-N and opposition, announced to quit PML-N in protest. He even called Nawaz Sharif the new ‘Mughal-e-Azam’ for his dictatorial attitude.

When a prime minister makes the final decision on who will be the mayor of a provincial capital then not only is it against the entire idea of provincial autonomy but it also contradicts district autonomy.

The current coalition in Balochistan has been flawed from the outset. NP and PKMAP have a common understanding and they have kept the local chapter of PML-N out of the loop, through the blessing of Nawaz Sharif. Every now and then PML-N ministers boycott cabinet meetings and assembly sessions. They even threaten to table a no-confidence motion against the chief minister.

Then Mr. Nawaz Sharif sends a team of PML-N leaders from Lahore. Khawaja Saad Rafique, a federal minister, has been a regular feature in this team. This so-called arbitrary team listens to the point of view of NP, PKMAP and PML-N. This is just like when two school children fight and the class teacher asks them to say sorry to each other. Lahore based arbitrary team of PML-N does the same and leaves the Quetta as soon as possible.

The main question is how this lack of provincial autonomy is affecting Balochistan. The answer is not very hard to find out. Balochistan is being supplied 400 Megawatts of electricity against its demand of 1,650 Megawatts, while it provides natural gas to the entire country.

Only a few districts of Balochistan have gas. Unfortunately, there is severe shortage of gas during freezing winters, even in Quetta. The government of Balochistan doesn’t have the power and moral authority to protest to the federal government and demand its due share in natural resources, like other provincial governments can do.

These are just a few examples of the interference of federal government in some of the political matters. Appointment of the Inspector General of Police and the Chief Secretary and other bureaucrats that are beyond control of provincial government, is a different story altogether.

Published in The Balochistan Point on January 31, 2015