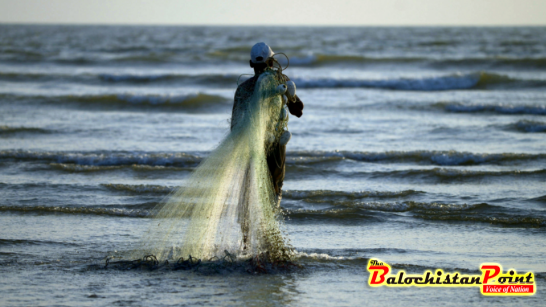 The Neglected fisher folk of Gwadar

When I was in my native village Pishukan, a town nearby Gwadar city, I was curious to know the views of native fisher folk on their miseries and the role of government. I put questioned some old age and experienced persons of this community.

Ibrahim Omar, 70, answered questions about his profession and difficulties they were facing. He also shared about satisfaction with his job in past and present.

“Fishing was a better choice as compared to today. We were able to catch different kinds of fish in large quantity in nearby sea but now we have to go very far for the search of fish but come back with empty hands. It’s difficult for us to bear the expenses which we do for fishing.” Ibrahim said

Ibrahim Omar said: “On the one hand Illegal practices in present time are on the peak, like oil smuggling, use of illegal plastic nets and trawling have affected our economy badly and they have deprived us of earning our two time meal, on the other hand some officers and personnel of concern authorities like the Department of Fisheries, the Custom and the Coast Guards taking are have applied favoritism and take hush money to allow these illegal practices in Mekran’s coastal range, but the government still in deep slumber.”

Ibrahim Omar warned, “Different fish species namely: Gwaanz, Suntii, Pagaas, Tolgor and Palwaar are scarce in our sea water. If prompt action not is taken to save endangered species then the day is no longer far that our fishing nurseries would be totally destroyed and different kinds of fish species will lose their existence.”

Mullah Ibrahim, a local fisherman expressed his concerns about the due prices of their labour and involvement of the middlemen.

He added “The poor fishermen are lacking resources and they are not able to bear expenses to go and catch fish, so these middlemen support them in term of giving those nets, small boat engine and support them in return.”

“They exploit and blackmail us. They purchase our fish at a less price and when we try to go somewhere else then they forcibly stop us and demand their money. They are using capitalistic tactics to control over this poor community. First, make them debtor then rule over them.” Mullah Ibrahim told.

Talking about the trawling in Makran coast and increasing miseries of native fishermen Mullah Ibrahim disclosed the reasons: “No one can deny the worst impacts of trawling in Mekran coast and it is a nightmare for local fishermen lives. In summer season between May to July, different fish come in shallow waters to give eggs, but trawlers use Gujja (an illegal way of catching fish) that even catch tiny fishes and catch all things come under its diameter.”

He recommended that just for practice if the government totally imposed a ban on trawling for a month, after that could be seen a huge difference. The quantity of fish in nearby water would increase rapidly and the local fishermen would be able to earn more to fulfill their necessities.

Mullah Ibrahim claimed that the responsible departments’ officers and personnel were taking bribes and mostly were political appointees.

“They have resources like speed boats to patrol and stop this illicit act which is destroying our economy, but unfortunately they just use their speed boats to go near trawlers and fix their deal and get their share. They are taking salaries from our taxes, instead of our protection they are the reason of discomfort for us and in different mean demand bribe or extortion from poor fishermen. Department of Fishery, Custom and Coast Guards are just here to increase on our miseries. On another hand, they give protection to smugglers and trawler mafia owners.” Mullah Ibrahim alleged.

He said, “Oil smuggling is polluting our sea water and destroying fishing nurseries and oil also pollutes underwater land surface. Because of it, fish go far away from this area and after catching of these affected fish, when we eat it, then it’s also injurious to human health.”

Haji Dad Muhammad suggested the following recommendations to bring prosperity in local fishermen’s life:
• The government should take prompt and concrete measures against those, who are involved in these illegal practices.

• Gujja and trawling must be banned completely and action should be taken against corrupt officers who are taking bribes and not playing their role in an effective manner.

• Political appointees must be fired in Fisheries department and appointments are made on complete merit.

• In fish egg giving season, the government should impose a complete ban on fishing.

• The government should establish fish markets in coastal towns to end the middleman monopoly.

• There must be a welfare organization for fishermen community, schools, hospitals and basic necessities should provided on doorsteps.

Haji Dad Muhammad said that the unity of local fishermen community was the need of the hour and their voice should be raised on different forums.

According to the local fishermen oil Smuggling and trawling has affected the lives of local poor fishermen and their economy dejectedly. The government is not serious to do something to stop these malpractices it needs to decrease their difficulties.

Disclaimer: Views expressed in this feature are those of the fishermen and The Balochistan Point not necessarily agrees with them.

2017-01-02
admin
Previous: Letter: Water issue in Gwadar
Next: Letter: Why is there no action against Drug suppliers in Turbat?