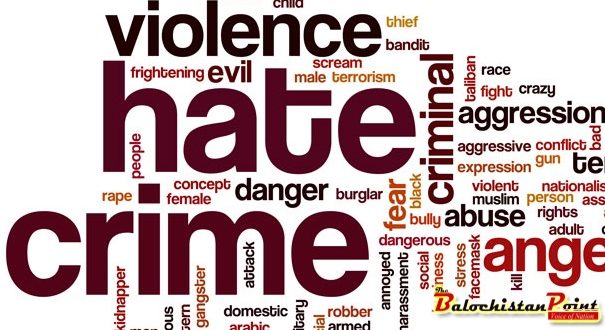 The wave of crime in democratic state

After the independence of Pakistan and the different waves of constitution possessed Pakistan to adopt democratic system for the new burning state and after adopted the federal system of government for the state. For better understanding we should know first about federal system. In federal system the powers are distributed among the center and federating units and they are autonomous to operate.

However, we saw the violation of federal values here in our state in shape of several things. The aim of federalism is to strengthen the units of a state to sure integration among them and make their nature co-operative and integrative. But unfortunately the system of state is going totally opposite.

Definitely, in developed countries there are also number of issues e.g According to a report America is most popular country where a strong federation exist but 70% of their women are sexually abused same the case in India where unemployment is core issue of state and after the 70 years they cannot find any sort of access to overcome the basic issue of state.

There are a penalty of issues which acted against the federal system of state but here I want  to highlight the issue at “Quaid Azam university Islamabad” first we should understand the inner environment of the area that how these groups came into existence and how they overcame  the institution and the whole structure of administration. Initially these groups emerged on the basis of ideology. To make these groups ideological there were a special efforts by the Pervaiz Musharraf and after these council changed their logo from ideological to regional. Secondly, I want to define the recent conflicts and clash among the two student groups to know that how a minor issue stood the two communities in front of one another. The conflict started from a little debate among Baloch and Sindhi students and after change in  a fight which resulted differences among the two students council belonging to same institution.

In modern society, the voice of the people forms the crux of any legislation or policy in the land. While this facet of societal feedback is prevalent in all societies regardless of the degree of authoritarianism, it is especially true for democratic societies of the world

But here the administrations like police and university played their role effectively. The university expelled number of Baloch students and side by side police arrested also penalty of students from Baloch council. The protest was started against the unjust behavior of university and police administration. Baloch students decided for satin to release the arrested students of Baloch council. When they decided to satin under university and outside the university the bureaucratic roles of institution were very rude with the students and after few days they arrested more students which were the part of protest for their basic rights who had stood for the releasing of their fellows but police tortured them.

Public opinion is important in a democracy because the people are the ultimate source of political power. In theory, a government official has to take public opinion into account whilst deciding on a future course of action. This is not to say that politicians and administration always do what people want. But they should listen the views and issue of everyone.

Published in The Balochistan Point on December 28, 2017

Disclaimer: The views expressed in this  piece of  are of the writer and The Balochistan Point does not necessarily agree with them.