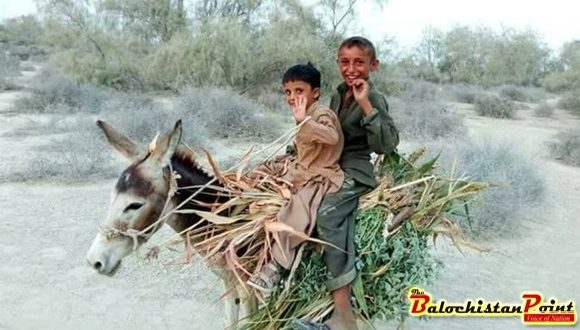 Woes of Children in Balochistan

Undoubtedly, education leads toward development but it is unfortunate that the Baloch children are deprived of their fundamental right of education. Instead of going to school, they work in different places to survive. It is estimated that nearly 66 percent of Balochistan’s children do not attend schedule. The Advisor to the Chief Minister Balochistan on Education Sardar Raza Mohammad himself estimated that around 7,000 schools across the province with just a single room and a single teacher. In rural areas even the condition is worst. In the name of education, every year millions of funds are totally being misused. Still our leaders are continuously saying that they are doing their level best to provide education to every child but no change has been observed in education sector.

Apart from this, when it comes to health sector, the province is showing a bleak picture on all levels. According to the Emergency Operation Center (ECO, only 16 percent of Balochistan’s children are fully immunized, but 84 percent are at risk of contracting any minor or fatal diseases. Unfortunately, in rural areas people are suffering from malnutrition and other fatal diseases. The minor diseases also affect the children and it becomes the cause of their death as the parents cannot afford to treat them in cities.

A government official has estimated that though doctors are posted in various parts of the province, they have opened their own private clinics, and never perform their duties well. Mostly the doctors in rural areas never attend their duty where young children are dying owing to unavailability of the health facilities.

We are aware that the people in Balochistan live in tribal society where children are forced to marry at early ages. The child marriage has totally affected the children, and this not only influences their education but also their mental state. These things are very common because there is lack of awareness among people. The parents force their children whether boys or girls, to marry them before the age of 18 years. They are failed to send their children to school that is one of the reason that they get weded their children at early ages. Child marriage totally damage the lives of children, but who is there to understand the pain of these children. Every year thousands of girls children are dying during their pregnancy time. Though anti-child marriage law has been established in Sindh and Punjab, these laws are still pending in Balochistan and KP that is the reason that children are getting married early in these two provinces.

In spite of seeing the bad conditions of Balochistan’s children, the provincial government’s role is not considerable to protect the children rights in the province as well as to provide quality or free education to them. Due to the ignorance of the government, children’s miseries are being increased everyday instead of dwindling.

Published in The Balochistan Point on November 7, 2017

2017-11-07
admin
Previous: Disseminating Arms Race in South Asia
Next: CPDI Expresses Its Concern over Delay in Constitution of Balochistan PFC