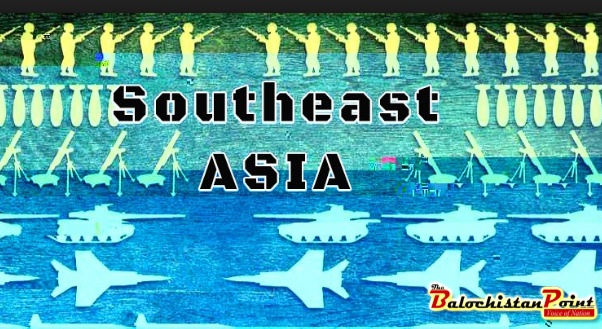 While nuclear arms race in South Asia is widely regarded as the most serious and deeply-entrenched problem which tattered the stability of entire region. The incessant security competition between India and Pakistan has created environment immensely conducive for nuclear arms race in the volatile region of South Asia. The nuclear arms competition between both perennial hostile states is a glittering case of security dilemma whereby security of one state’s action causes insecurity of other state and security augmenting measures of other state makes the first one insecure.

It is an undeniable fact that whenever India went to develop nuclear weapons, Pakistan followed suit. India decided to build up cruise missiles and conventional weapons, Pakistan responded in the same tone by developing more modern tactical and strategic weapons. India has threatened to start aggressive limited war but Pakistan diluted the worth of Indian ultimatum by developing highly sophisticated arms to countervail its bellicose designs. Recently, India is working to develop ballistic missile defense system; Pakistan is expected to respond in the same manner through nuclear force posture.

Furthering the arms race would surely harm the modicum economic development of both neighbor countries. Pakistan needs not to gauge its defence capacity through Indian centric security prism, as the already faltering economy of the country is immensely fragile to bear the overburden of purchasing or developing more and more expensive armaments. Pakistan needs not to match India by developing weapon for weapons, as we know better that India has relatively strong economy and more population in comparison to Pakistan. In addition to this, to maintain its national sovereignty and countering Indian hegemony in the region, Pakistan direly needs to concentrate in nuclear deterrence merely because it is far more sufficient to protect its territorial integrity under glowing cover of nuclear weapons. In a similar vein, instead of entangling in a quagmire of security competition with India and spending billions of amount on building nuclear armaments, Pakistan needs to allocate that budget for poverty alleviation and human development purposes.

In a quite parallel way the same onus lies on India to put the region on the road of stability by dropping the fallacious concept of weakening Pakistan both internally and externally. India needs to stop its conventional build up program forthwith. In order to control arms competition, India should stop developing its ballistic defence system and cruise missile program. These lethal arms can bring both countries at the cusp of catastrophic nuclear war. India needs to avoid developing malicious doctrines of limited war like “Cold start” which often adds fuel to the already burning fire of arms competition in the region. Moreover, India needs to stop branding Pakistan as terrorism sponsored state in national and international forums.

In a precise way the two countries have absolutely no hobson’s choice other than to live peacefully and avoid growling at one another. For this both countries need to ease security dilemma and try to put an end every efforts of creating deterrence for each other. The two countries have pressing need to divert resources from defence and earmark it in poverty mitigation purposes.

Published in The Balochistan Point on November 6, 2017