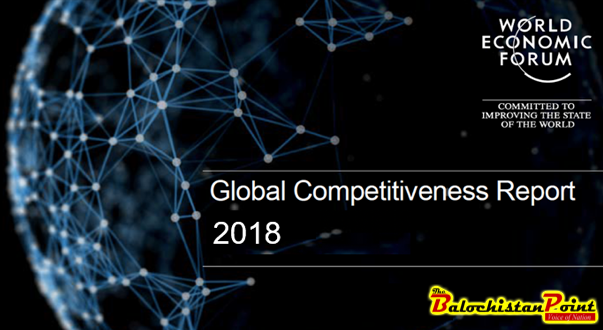 The World Economic Forum Ranks Pakistan at 107 Among 140 Countries on the Global Competitiveness Index.

The new competitiveness 4.0 index prepares countries to gear up for the Fourth Industrial Revolution.

Geneva/Islamabad, Switzerland/Pakistan: The World Economic Forum released the Global Competitiveness Report 2018 this week. The Report has adopted a new methodology for measuring Competitiveness 4.0. by including indices which represents more knowledge and digital-based ecosystems.

Although the new methodology is a reboot of the Index, where Pakistan has been ranked at 107 among 140 economies, however to give a comparison with the old Global Competitiveness Index (GCI) methodology, the WEF has given a ranking called the backcasting, where Pakistan has shown improvement and ranked at 106 this year, as compared to 115 in 2017.

Amir Jahangir, CEO Mishal Pakistan and the Country Partner Institute for the Future of Economic Progress System Initiative, World Economic Forum, said “the new methodology has been able to capture the business dynamism and innovation capability of Pakistan and has helped the country in achieving significant gains, however the factors for enabling environment and the human capital have also identified the competitiveness gaps in the economy”. He further said, “Pakistan as well as India demonstrate the region’s lowest levels of technological readiness, confirming the challenge for large emerging economies to fully integrate their entire population, especially those living in the most remote areas into modernization processes”.

Pakistan has also shown significant improvements in collecting the soft-data through the Executive Opinion Survey, with a sample size of 629, Pakistan represents the second largest contributor to the Competitiveness 4.0 Index after India.

The changing nature of economic competitiveness in a world that is becoming increasingly transformed by new, digital technologies is creating a new set of challenges for governments and businesses, which collectively run the risk of having a negative impact on future growth and productivity. This is the key finding of the World Economic Forum’s Global Competitiveness Report.

Among the South Asian nations India is leading at 58, with Sri Lanka 85 and Bangladesh at 103 and Nepal at 109.

According to the report, which in 2018 uses a brand new methodology to fully capture the dynamics of the global economy in the Fourth Industrial Revolution, many of the factors that will have the greatest impact in driving competitiveness in the future have never been the focus of major policy decisions in the past. These include idea generation, entrepreneurial culture, openness, and agility.

The new tool maps the competitiveness landscape of 140 economies through 98 indicators organized into 12 pillars. For each indicator, using a scale from 0 to 100, it indicates how close an economy is to the ideal state or “frontier” of competitiveness. When combining these factors, the United States achieves the best overall performance with a score of 85.6, ahead of Singapore and Germany. The average score for the world is 60, 40 points away from the frontier.

One unifying theme among the world’s most competitive economies is that they all possess considerable room for improvement. For example, while the report’s Global Competitiveness Index finds that Singapore is the most ‘future-ready’ economy, it trails Sweden when it comes to having a digitally skilled workforce. Switzerland, meanwhile, has the most effective labour for reskilling and retraining policies and US companies are the fastest when it comes to embracing change.

One of the report’s most concerning findings is the relative weakness across the board when it comes to mastering the innovation process, from idea generation to product commercialization. Here, 103 countries score lower than 50 in this area of the index which is topped by Germany, followed by the United States and Switzerland. “Embracing the Fourth Industrial Revolution has become a defining factor for competitiveness. With this Report, the World Economic Forum proposes an approach to assess how well countries are performing against this new criterion. I foresee a new global divide between countries who understand innovative transformations and those that don’t. Only those economies that recognize the importance of the Fourth Industrial Revolution will be able to expand opportunities for their people,” said Klaus Schwab, Founder and Executive Chairman, World Economic Forum.

Openness must be complemented by inclusion

At a time of escalating trade tensions and a backlash against globalization, the report also reveals the importance of openness for competitiveness. For example, those economies performing in indicators that denote openness such as low tariff and non-tariff barriers, ease of hiring foreign labour and collaboration in patent application among others also tend to perform well in terms of innovation and market efficiency. This data suggests that global economic health would be positively impacted by a return to greater openness and integration. However, it is critical that policies be put in place to improve conditions of those adversely affected by globalization within countries.

performance in one area cannot make up for a weak performance in another. This is especially true when it comes to innovation: while it is true that a strong focus on technology can provide leapfrogging opportunities for low and middle income countries, governments must not lose sight of ‘old’ developmental issues, such as governance, infrastructure and skills. In this light one worrying factor thrown up by this year’s Index is the fact that, for 117 of the 140 economies surveyed, quality of institutions remains a drag on overall competitiveness.

“Competitiveness is neither a competition nor a zero-sum game—all countries can become more prosperous. With opportunities for economic leapfrogging, diffusion of innovative ideas across borders and new forms of value creation, the Fourth Industrial Revolution can level the playing field for all economies. But technology is not a silver bullet on its own. Countries must invest in people and institutions to deliver on the promise of technology.” Said Saadia Zahidi, Member of the Managing Board and Head of the Centre for the New Economy and Society.

About the Global Competitiveness Index 4.0 methodology Building on four decades of experience in benchmarking competitiveness, the World Economic Forum’s Global Competitiveness Index 4.0 is a new composite indicator that assesses the set of factors that determine an economy’s level of productivity—widely considered as the most important determinant of long-term growth. The GCI 4.0 framework is built around 12 main drivers of productivity. These pillars are: Institutions, Infrastructure; Technological readiness; Macroeconomic context; Health; Education and skills; Product market; Labor market; Financial system; Market size; Business dynamism; and Innovation. They comprise 98 individual indicators.

Centre for the New Economy and Society The Report is part of the World Economic Forum’s Centre for the New Economy and Society, which aims to build dynamic and inclusive economies in an era of accelerated technological and political change, providing leaders with a platform to understand and anticipate emerging economic and social trends and to adapt policies and practices to our rapidly evolving context. A significant portion of the Centre’s work focuses on shaping frameworks for fostering growth and inclusion, including an accelerator for industrial policy and competitiveness in the Fourth Industrial Revolution. The Centre is also supporting developed and emerging economies in setting up public-private collaborations to close skills gaps and prepare for the future of work as part of its human capital agenda. Finally, the Centre acts as a test bed for exploring the emerging contours of the new economy, including rethinking economic value, investment strategies for job creation, new principles for the gig economy and new safety nets.

Published in The Balochistan Point on October 19, 2018 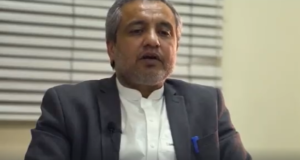