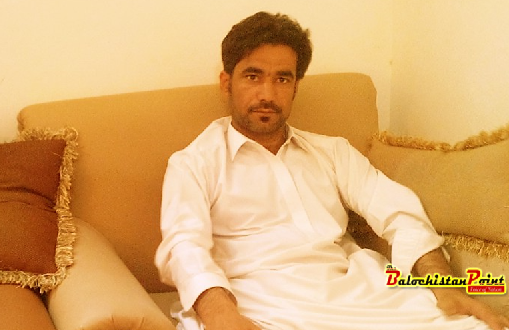 There is Dire Need of Medical Colleges in Balochistan: Dr Irshad

Dr Irshad is graduate of Bolan Medical College, Quetta. He belongs to  Kharan district. Currently, he is serving in Bolan Medical Complex Hospital Quetta as Post Graduate. He is also the deputy organizer of Baloch Doctor’s Forum (BDF), a forum for the unification of Baloch. Doctors).

Balochistan Point: What is motivation behind foundation of Baloch Doctor’s Forum and how did it come into being?

Dr Irshad: We have a manifesto which emphasis on promoting medical colleges in Balochistan, to protect the rights of Baloch doctors and unite them, to help the deceased family members of   doctors. It also emphasizes on helping of needy patient and builds better relationship of    doctor and patient.

In this regard, we are quite lucky enough that we got sincere senior doctors who struggle hard for this forum in order to unite Baloch doctors. We are thankful to them for their contributions. Our senior surgeon Dr. Fida Ahmed Baloch, Prof Dr. Mujeeb-ur-Rahman Baloch, Prof Dr. surgeon Aslam Baloch, Prof Dr. Qurban Bughti, Prof Dr. Rauf Shah, Dr. Ahsan Essa zia, Dr. Asif Shahwani and others played a vital role. These leading characters are our role model who felt shortage of a forum like this and put the corner stone of Baloch Doctor’s Forum for which we are wholeheartedly thankful to them.

As we all know there is only a Medical College (MC) in overall province. Do you think, it is need of time to establish some more such medical institutions?

Yes, of course there is a dire need of Medical Colleges, as Balochistan is a vast land and its population is dispersed to a great extent. BDF will struggle for starting the classes of newly established colleges of KHuzdar, Kech and loralai. And it will also struggle to promote BMC College into a university. If these are fulfilled, people of Balochistan will get better medical facility.

Many of the periphery areas of Balochistan lack medical necessities. What BDF does to facilitate such far areas?

BDF is well aware of it and this is a daunting issue. As our new cabinet was formed I personally raised this issue. So it was decided that a free medical and surgical camp will be held in Kharan. Nearby district can also get benefit from it. Before this we too have arranged free camps for our people. During the earth quick of Awaran which is a war torn area, our doctors carried out medical treatments. We are always there to help our people no matter how much troubles we face.

Many of the doctors show negligence to be appointed in far-flanged areas, what BDF in this case can do to solve the problem. ?

To be honest in this regard, we have not only issued statement but also have met secretary of health pertaining this issue.  After our meeting it was decided that a district will be divided into A, B, C categories and salaries too will be distributed according to this basis. We are also convincing our forum doctors to go remote areas and serve the nation.

Recently a case of some bogus seats appeared in BMC what are BDF’s    reservations on it?

BDF has always remained against those moves which were or are illegal and it will never allow any illegal action. BMC is the only institute which provides medical education and it is our duty to safeguard its dignity. We will do our best to stop such things.

What should be done to improve the medical education in Balochistan?

Government should increase the budget as it is very insufficient. New medical colleges should be established and they should be fully equipped. Another issue is poverty which is a huge obstacle on the way of talented students so government should provide stranded free education. For promoting of medical education in Balochistan we have to create educational friendly environment.

What would you suggest for the readers of Balochistan Point?

I want to suggest all readers that to be honest to yourselves and serve your nation as much as you can. Take opportunity of time once time is gone, it will not come again.

Published in The Balochistan Point on March 05, 2016