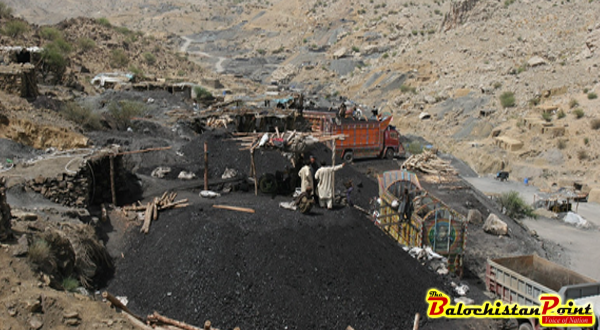 QUETTA: Importing coal from abroad has devalued the coal of Balochistan. Thousands workers, associated with this industry have become jobless.

60-years-old Mohammad Yaqoob, working as mine worker since childhood, expressed his grief by telling that mine workers put their lives in danger by working hard and bringing sack of coal from thousands feet down of mines, but our lives have no guarantees, and anything could be happened.

According to Pakistan’s energy’s annually published book, 6.6 energy is generated by coal but now Pakistan is importing coal from south Africa, Indonesia and Australia which caused losses to coal mines owners and laborers as well.

Taj Mohammad, In charge of a coal mine of Mach, Balochistan, where 200 workers work with him, told: “Because of supplying coal from abroad, hundreds tons of coal is dumped in my depot and I am waiting for purchasers.”

Iftikhar Baloch, an expert of minerals department Balochistan, expressed his views that importing coal from abroad by the government had caused loss not only of mine owners and workers but also federal government itself.”

The officials of Mineral Services’ department also acknowledged the closure of large number of coal mines. They told that only 50% of coal mines are closed in Mach, the area of coal mining industries with 40 thousand jobs, and 20 thousand workers are become jobless.

Published in The Balochistan Point on May 19,2017.