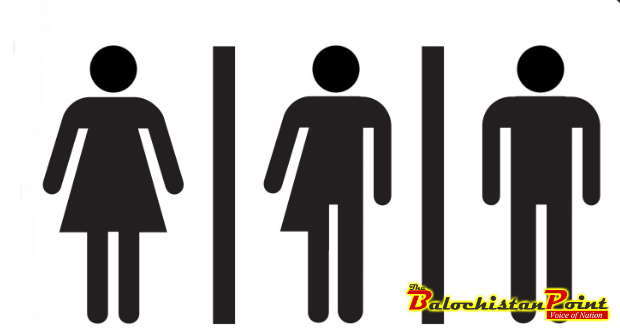 To Be a Transgender is Not a Fault

The societal outmoded norms and values have made the days too stern for the transgender people. Beside, having a total composition of human beings, they are being treated beyond the humanitarian values. Unfortunately, they are facing adversities just because of the “natural fault” for which they never wished. It is very shocking the doors of the same house are closed for them where they were born, verily this immensely contribute in their miseries.

According to data, transgender population makes up 0.1 to 0.5 percent of the total population of the world. A study by the “National Center for Transgender Equality and National Gay and Lesbian Task Force” shows that only in America 71 percent of transgender people hide their gender to avoid gender discrimination. A US study in 2006 found that 32% of trans-people had tried to kill themselves. The International day against Homophobia, Trans-phobia and Bi-phobia was created in 2004 to draw the attention of people regarding discrimination against Lesbian, Gay, Bisexual, and Transgender (LGBT) internationally. Similarly, Trans Murder Monitoring (TMM) project in Europe was initiated in 2009 in order to analyze reports of homicides of transgender people worldwide. According to TMM, a total of 1,731 killing cases were reported of transgender from January 1st 2008 to December 31st 2014.

A novel report reveals that during 2008-2014, 155 killings were reported in 16 countries of Asia. Similarly, 122 killings in North America, 94 killings in Europe, 9 killings in Africa in 4 and 5 killings in Oceania. These are the cases which have been reported, hundreds and thousands cases also there which possibly have gone unreported.

The very abject concern is that discrimination against transgender starts from their own homes. They are kept behind in every occasion owing to their gender. Even several parents do not treat them horizontally as compare to their other children, boys and girls. This discriminatory behavior begets disappointment to them and prepares their minds to ponder about their “faults”. They act what is their nature. They should never be blamed for this. Eventually, this very truth cooks the parent’s minds to make them shelter less. Rejected from the parents, transgender later face the evil behavior of society. As per the condition they become sex workers or beggars.

It is imperative to mention, no religion in the world discriminates on gender bases. Similarly, same is the slogan of humanity. No qualm, it is just due to the societal bizarre values which have kept transgender behind the fabric of society. Rationally speaking, if a man is recognized a man because of his biological composition and same as the woman, then why it is stringent to accept the biological composition of transgender? To mention a case study, among the ten murders minor in 2014 were an 8 year old trans-girl who was beaten to death in Rio De Janeiro, Brazil, by her father who wanted to teach her to behave like a man, a moot point. People have to accept the realities, and do not castigate the facts. In case transgender have different ways of life style that is the beauty in them, but not a “fault”.

A well-known columnist Rafia Zakaria writes, it is unfortunate to be born as a girl in Pakistan as most of the people are expecting boys. It would not be wrong to say, that it is unfortunate to be born a transgender in the world, where gender has more value than humanity. Truly speaking, it is not the “fault” of their gender producing divergences in our opinions rather it is the irrational thinking approach of people and lack of ability of thinking good.

In Pakistan transgender are too afflicted with numerous problems. According to estimates there are 50,000 transgender people in Pakistan. After six decades of Pakistan’s existence they bear the brunt of government negligence in all affairs. In 2011 Supreme Court ordered the government to issue them identity cards and register them as voters. In addition, they were given right to contest elections from 2013. However, they haven’t been privileged with standard jobs yet. In Punjab, government did not fix quota for transgender in government jobs just because of their low numbers. According to Punjab social welfare department’s survey there are 2,467 registered transgender in Punjab. Numbers of them are reluctant to get themselves registered. In the past year, Sindh government has given jobs to three transgender people in Karachi, they are, Riffy Khan, Muskan, and Anjum. Riffy Khan, who did double MA, is the first transgender who was awarded job by Sindh Government on January 30, 2014. Some other jobs are also reported by this year. However, no such stances have been taken by other provincial governments. Verily, it is mandatory on government to provide equal rights, mentioned in the state constitution, to all its citizens irrespective of their gender.

This particular gender needs social acceptance from society and they must be provided with that, as they are equal to all other human beings. Social acceptance is the panacea to their all miseries. The vacuum of gender discrimination should be filled up with respect, affection and gentle feelings. Allocating for them job quotas, providing those rights equal to all other genders and educating people against gender discrimination can bring them to the mainstream.

Author is a resident of Chagai.

Published in The Balochistan Point on July 28, 2015

Disclaimer: Views expressed n this article of the author and The Balochistan Point not necessarily agrees with them.