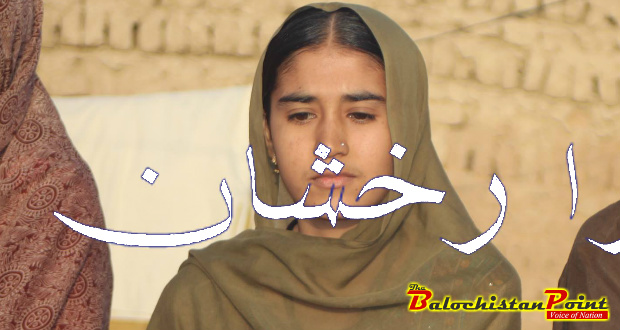 Together We Can Save Cancer Patient Hajira

The 13-year old girl, Hajira Bibi, from Kharan suffering from blood cancer awaits financial support, so she can be admitted in Aga Khan University Hospital for immediate medical treatment.

Hajira bibi remembers very well her little world that consisted of her financially challenged yet blissful family and a school she attended. Everything was going perfect she thought until she fell seriously ill several months ago and was diagnosed with blood cancer in June 2015.

Cancer was not merely a word but a vicious wave that snatched every joy and smile from the lips of that innocent soul and the people connected with her. Perhaps little Hajira has no idea what to expect now, she will either be financially supported by the people and the government or left with no hope in the difficult battle between life and death.

Today she is waiting for financial support so she can get immediately admitted to Aga Khan University Hospital which has demanded Rs. 1.8 million only for admitting her into the hospital while Rs. 3.5 to 4 million for her complete treatment, according to her uncle.

After her diagnosis in June, she was taken all the way to Shaukat Khanum Memorial Cancer Hospital and Research Center (SKMHRC) in Lahore, Karachi Institution for Radiography and Nuclear Medicine (KIRAN) and Indus hospitals but all seemed unable to help.

The Indus Hospitals in Karachi referred them to Aga Khan University Hospital (AKUH) or National Institute for Blood Diseases and Bone Marrow (NIBD) saying that the blood cancer Hajira has acute myeloid leukemia can perhaps be only treated there.

“We have spent every penny we had for Hajira’s treatment and now we look forward for help from the people and the government of Balochistan. We couldn’t yet get her admitted in Aga Khan University Hospital because it requires 1.8 million merely for admitting her, leaving the treatment expenses aside,” Hajira’s uncle told The Balochistan Point.

Now when her family has the entire medical report about Hjira’s diagnosis and they know where to take her for her complete treatment, the only thing they are waiting for is financial support. Hajira may wait until the amount is raised through donations but the cancer which is continuously destroying her blood cells may not wait for too long.

Hajira is just one of those hundreds of other children and adults from Balochistan who are struggling from minor to major diseases and are in severe need of medical assistance. Midst the poor health care facilities not only in the remote areas but in the capital and the so-called port city, a large number of poverty tackled people from Balochistan have to travel to other provinces and spend everything which they have earned in their entire life and yet many lose battle for life.

Every year billions of rupees from the provincial budget are invested for the so called educational emergency, development projects, security reasons and foreign trips of Members of Provincial Assembly. What if only a little amount from the same budget is spent to save a life or hundreds of lives a year?

For the time being Hajira’s case is the one which needs to be emphasized and financially supported, but the chapter does not end here, the government needs to value the lives of every citizen without any discrimination similar to cancer that devastates regardless of ethnicity, financial situations, age and gender.

In this quest, the efforts of Civil Society Balochistan are unmatchable and together they have pledged to help Hajira’s family raise enough through donations for her treatment. For donations, civil society of Balochistan has announced a bank account, which can be found here.

Disclaimer: Balochistan Point in no way is associated with donation collection process.

Published in The Balochistan Point on November 3, 2015