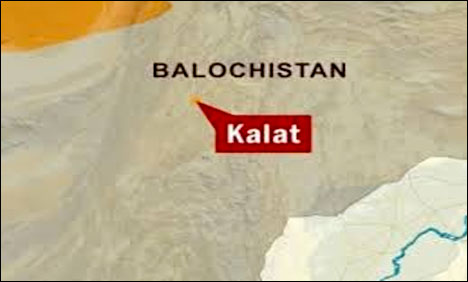 KALAT: Two persons were killed in a shooting incident at Khardan area of Kalat on Friday night.

According to police, two cousins were shot dead by unknown gunmen in a firing incident at Khardan area of Kalat city.

The dead bodies have been shifted to hospital for procedures.

Local police have started investigation of the incident. Motive behind their killing has not been known.

Published in The Balochistan Point on January 18, 2014

2014-01-18
admin
Previous: Balochistan parties to stage sit in at Parliament House on January 20
Next: Myth of Kalabagh Dam