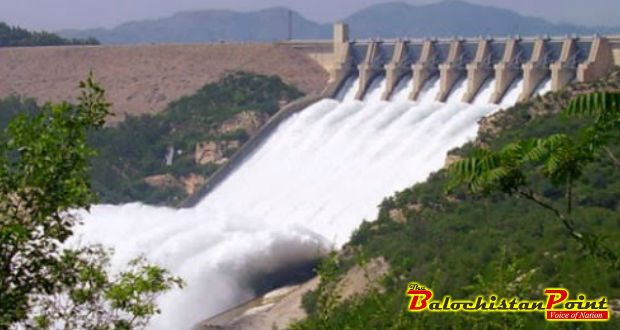 Kalabagh dam is a regularly debated issue in political landscape of Pakistan. It often comes under discussion and that’s followed by intense debate for and against its construction. Recently this issue was once again brought in limelight when Imran Khan announced to support construction of Kalabagh dam. Although, He later on backtracked from his statement and said that it should be built after consensus. There are a lot of columnists, journalists, politicians and anchors who consider Kalabagh dam a matter of life and death for Pakistan. They don’t stop here but go to the despicable extent of calling all those anti-Pakistan who oppose Kalabagh dam. The immense benefits of Kalabagh dam are nothing but mere myths and common folks are being misguiding based on those myths

Fatehullah Gandapur was a former chairperson of Indus River System Authority. He has written over 250 technical papers and He was a lifelong water expert. He has blasted the myth of Kalabagh dam in the light of technical arguments in his articles and technical papers. According to him,

“Kalabagh dam is the most canvassed and publicized project in the world for which a forced consensus is being sought politically in spite of its technical infeasibility.”

Apart from that, the Kalabagh dam report of 1988 written by consultants hired by WAPDA speaks volumes about the infeasibility of the said dam. However, this report and writings of Fatehullah Gandapur have been conveniently overlooked in mainstream media of Pakistan which only presents one side of the picture about Kalabagh dam.

According to the Kalabagh dam report submitted in 1988, WAPDA instructed the consultants to not look for a better dam site then Kalabagh dam. There could have been many other sites where a dam can be built but WAPDA wanted it to be built on the site of Kalabagh. The location of Kalabagh dam is infeasible for a large dam due to massive silting. Silting is the process of accumulation of mud and soil carried by river. The silt reduces the storage capacity of a dam and therefore it needs to be cleaned regularly. Kalabagh dam will silt up very quickly and it will have to be shut down four months a year to clean the silt. This issue of silting has arisen due to the site of the dam which is infeasible. River of Kabul which connects to Indus River is very muddy and it will increase the silting in Kalabagh dam. Due to silting the Kabul River and Indus River can flow back. The backflow of river will destroy the lands of entire Peshawar valley due to salinity. So potentially Kalabagh dam can destroy the agriculture lands of entire Peshawar Valley.

Likewise, Kalabagh dam can submerge the entire city of Nowshera in case of heavy backflow or damage to the dam reservoir. This is not just a mere concern but according to the Kalabagh dam plan 30 feet high walls will be created to protect flooding of Nowshera. This proves a point that the concerns of submerging of Nowshera are real. If the flood-like condition created by backflow of Kalabagh dam water couldn’t be controlled by 30 feet wall then what? It’s obvious that the clouds of possible submerging will be loom over Nowshera if Kalabagh is ever built. Kalabagh dam site is located on an earthquake fault line. This means that the chances of devastating earthquakes are high in this area. If a massive earthquake, God Forbids, struck the area then Kalabagh dam can result in an unprecedented human catastrophe.

Kalabagh dam as a water reservoir will hold up the water of Sindh. In Sindh the southern districts can become barren as a result. Certain amount of water is required to flow into Arabian Sea from Indus water. If that water is stopped due to storage of water in Kalabagh Dam then the sea water will flow in Indus delta and it will destroy the entire agriculture land. That’s the objection of Sindh against Kalabagh and its very strong one. As a lower riparian province Sindh has a very strong case in this matter according to international water laws. Moreover, the establishment of the Kalabagh dam will displace 250,000 people and it will affect 180,000 acres of land. The numbers of affected people and affected land can be reduced substantially if a site for dam is chosen upstream of Tarbela dam. Not to mention the fact that people displaced due to Tarbela and Mangla dams have not been properly compensated till to date.

The most propagated benefit of Kalabagh dam is its electricity generation capacity. According to its proponents it can generate up to 3,800 Megawatt of electricity. This is nothing but a blatant lie which is told to build the case for construction of this dam. According to Dr. Pieter Lieftnick, Head of Indus Special Study Group, Kalabagh Dam can only generate 350 Megawatts of electricity due to its infeasible site. WAPDA has planned to establish two thermal power plants near Kalabagh dam each having capacity of 1000 Megawatts. These will be used to deceive the masses that more than 2000 Megawatts of electricity is being produced by Kalabagh dam, in reality its just 350 Megawatts. So, WAPDA is creating a case for Kalabagh dam by hiding the facts and presenting an incorrect picture by massively exaggerating the benefits of this dam.

Kalabagh will only benefit a specific quarter of people in Punjab and therefore they are supporting it. Most of common supporters of this dam are completely ignorant to the aforementioned facts about this infeasible dam. A false narrative has been propagated to persuade people to support this dam. However, technically speaking Kalabagh dam has a very weak case and its disadvantages outweigh its few benefits for a specific section of people.

Three provincial assemblies of Pakistan have passed resolutions against this dam. This means that there is an overwhelming national consensus that Kalabagh should not be built. Now, if someone says that Kalabagh dam should be built after creating consensus is only fooling people and wasting time. So, politicizing a technically unfeasible and politically impossible project is not in the interests of Pakistan. There are many possible sites for construction of a large dam such as Katzarah Dam near Skardu which has real electricity generation capacity of 15,000 Megawatt. Rather than wasting time on canvassing for Kalabagh dam PML-N government should focus on constructions of new dams in feasible locations.

Republished in The Balochistan Point on January 20, 2014

Provincial Autonomy 2014-01-20
Editor
Previous: Two Killed in Kalat
Next: Balochistan – into the Spotlight