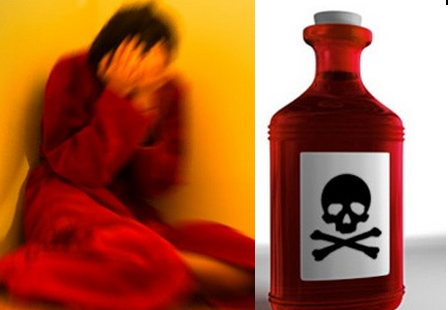 QUETTA: Two young age sisters came under acid attack on Tuesday in district Mastung, sending alarm bells among the masses as the acid attacks are taking as an organized attempt to scare women inside homes in Balochistan.

4 women were doused with acid on Monday in the provincial capital and were virtually defaced for their simple crime of visiting a shopping centre in Quetta. The Mastung attack comes in the wake of series of attacks that had already taking place off and on against women, sometimes scaring them away from schools and at other times scaring them away from visiting the markets, especially in Baloch dominated districts.

The latest victims of the attack were two adolescent sisters of 13 and 14 years of age who were identified as Mahawish and Sehrish. They had visited a shopping centre ahead of festive occasion of Eid in District Mastung.

Both the teenagers were shifted to a private hospital in Mastung and were later referred to Quetta for better treatment.

As everywhere else in Pakistan, these days the women and children visit the shopping centres and markets in teeming numbers to shop for the festive occasion of Eid and the forces of dark, who cannot tolerate seeing women in public life, find such occasions apt enough to victimize them with such cowardly and inhumanely acts.

So far no group has claimed the responsibility for the attack but the suppression of women is not a new story in Balochistan and religious rhetorics have popped up a fine tool with the fanatics to suppress women in an otherwise a tolerant Baloch society. The story of the Panjgour incident, where women were threatened not to visit schools, is still fresh in the minds of the people of this beleaguered province.

The security apparatus in the form of Frontier Corps (FC), Police, Levis and the intelligence agencies pocket huge amounts of public money and budget for ensuring security to common man but such incidents are manifest of how and where their priorities rest.

It is high time that government takes immediate action against the security failure which destroyed the lives of the women and children for the rest of their lives and make sure that such incident never take place ahead.

Published in The Balochistan Point on July 22, 2014