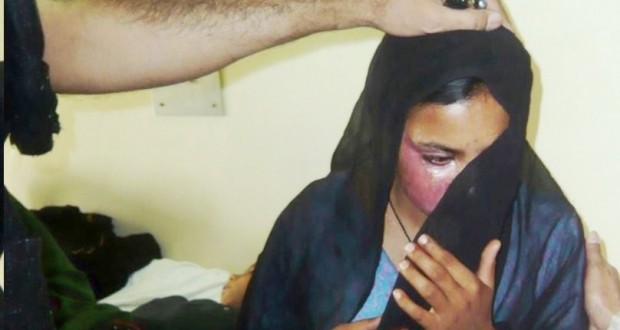 QUETTA: Unknown armed men threw acid on 4 women in the suburbs of the provincial capital which left the victims’ hands and faces burnt severely, on Monday.

According to the Sariab Police, the victimized women were returning their homes at noon after visiting a shopping centre for their Eid shopping in Birave area of Killi Kamalu, a suburb of the provincial capital, when unknown armed men intercepted their way and threw acid on their faces and hands. As a result, four women identified as Bibi Zulekha, Bibi Noor Jan, Bibi Safia and Bibi Ayesha suffered deep burn injuries on their faces and hands.

Some eyewitnesses recounted the ordeal of the poor women who screamed heartrendingly after being victimized so brutally by some forces of dark in the heart of the province.

The attackers managed to escape the scene soon after the cold-blooded incident and Kechi Baig Police reached the site shortly after being informed.

Capital Police Officer Abdul Razaq Cheema took immediate notice of the unfortunate incident and formed a committee under administrative leadership of ASP Sariab Imran Shiekh which would analyze all the aspects of the incident and would also investigate the families of the victimized women to reach a logical conclusion.

The concerned Police of the area have also been issued directives to make sure the arrest of the responsible elements at the earliest.

It may be mentioned that the acid throwing incidents have already taken place in Balochistan’s various districts in the past which have been condemned by social, political and religious and tribal quarters.

Published in The Balochistan Point on July 21, 2014