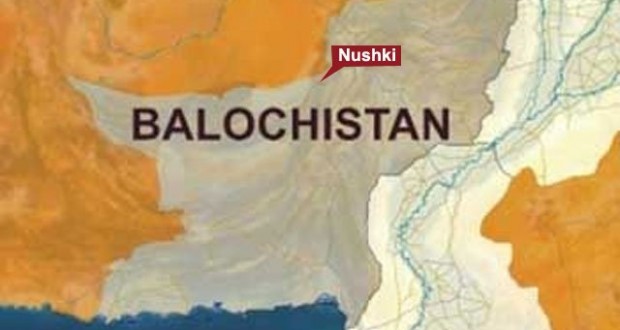 QUETTA: A driver was killed and many others were injured when unknown armed men opened gunfire on gas tankers, in Nushki area of Balochistan on Monday.

According to the details, 5 tankers were en route from Taftan to Quetta when unknown armed men descended from nearby mountains in Sher Jan Agha area of Nushki and opened firing on them. As a result, a driver identified as Noor Muhammad, a resident of Sukkar suffered bullet injuries and died on the spot while other drivers suffered injuries.

Levis force reached the site shortly after the incident and shifted the dead and injured to District Headquarter Hospital.

The dead body was handed over to the heirs after legal formalities.

Published in The Balochistan Point on July 21, 2014

2014-07-21
admin
Previous: We will not be a part of protest Movement of Imran Khan and Tahir ul Qadri – Akhtar Mengal
Next: Four women critically injured in Quetta acid attack