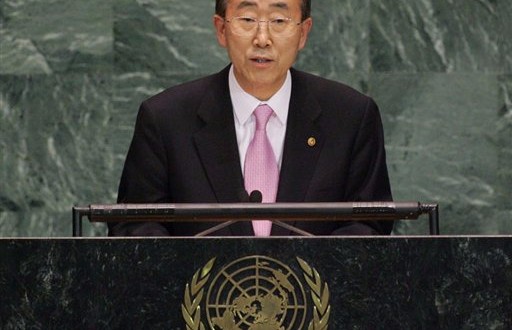 QUETTA: United Nations Secretary-General Ban Ki-moon on Saturday strongly condemned the series of deadly attacks targeting a bus, a hospital facility and a national monument Balochistan, which left at least 20 civilians dead, many of whom were female students.

In a statement issued by his spokesperson, Ban said no cause justifies such violence, and noted with dismay that “violence against women and educators has increased in recent years, the aim being to keep girls from attaining the basic right to education.”

The banned militant organisation Laskhar-e-Jhangvi claimed that it had attacked the bus carrying female university students in Quetta via a suicide bombing. As the dead and injured were rushed to hospital, gunmen stormed the hospice. At least 25 people were killed in the series of attacks which also saw the national monument, the Quaid-e-Azam residency being blown up.

Ban called on the Pakistan government “to do all possible to bring the perpetrators to justice” and expressed the UN’s solidarity “in the face of continued terrorist violence in Pakistan.”

Republished in The Balochistan Point