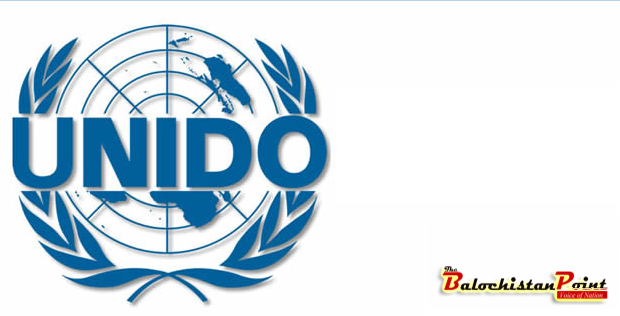 Karachi: Within the framework of the UNIDO/GEF project entitled “Sustainable Energy Initiative for Industries”, UNIDO presented priority renewable energy and energy efficiency interventions for 5 priority industries sectors in Pakistan. This project is funded by the Global Environment Facility.

Officially opening the workshop to present the findings of the study to industries in Pakistan, Mr. Abdul Ghaffar Khattak, CEO National Productivity Organization (NPO), applauded the initiative taken by UNIDO and GEF in promoting the adoptionrole of Energy Efficiency and Renewable Energyin industrial development. He highlighted the collaboration between UNIDO and NPO is spearheading the energy efficiency efforts in the industrial sector of Pakistan. Further he appreciated the personal interest taken by UNIDO Country Representative, Mr. Esam Alqararah, in realizing the common objectives of industrial sector development in Pakistan.

Mr. Khattak was the chief Guest of the Workshop organized by UNIDO. The workshop was designed forvalidationof important study, undertaken in the UNIDO Project “Sustainable Energy Initiative for Industries in Pakistan” which is funded by GEF, and was held in Islamabad. The workshop was widely attended by stakeholder, both from the industry and Governmentofficials from relevant Ministry and line departments.Present among the prominent dignitaries werethe officials of various relevant ministriesas well asrepresentative of various organization like Alternative Energy Development Board (AEDB), National Productivity Organization (NPO), National Energy Efficiency and Conservation Authority (NEECA) and Small and Medium Enterprise Development Authority (SMEDA).

Ms. Nadia Aftab, Programme Officer, UNIDO, on behalf of Country Representative, Mr. Esam Alqararah, on the occasion, shed light on the role of UNIDO during its 40 years of presence and highlighting some hallmark achievements of this UN agency in assisting the sustainable development process of Industrial sector in Pakistan. She stressed upon the importance of a Sectoral study for promoting Renewable Energy and Energy Efficiency in Pakistan.

In his  introductory remarks about the Study, Mr. Alois Mhlanga, the Project Manager, highlighted the objective of Validation workshop as well as pointed out the major components of the project. He appreciated the participation of the all major stakeholders in this event and called on industries to contribute to the finalization of the study as it will be the basis of interventions and support under the project.

UNIDO presented their findings on the five major industrial sectors namely; Textile, Foundry, Paper &Pulp, Ceramics and Dairy. The findings gave insight into the energy resource consumptions for each sector, benchmarks comparisons on regional levels, as well as the economic value of energy efficiency savings for each sectors. The finding also gave the potential of Renewable energy applications for each sector in economic and technological terms.

The participants actively participated in the event and raised several pertinent technical questions. The Consultants keenly noted down all the comments and promised to review and incorporate all the comments and suggestions in the revised draft of the study. In brief, the study identified the potential areas off growth in relevant sectors with clear indication of needed sector specific intervention.PR.

Published in The Balochistan Point on January 30, 2017