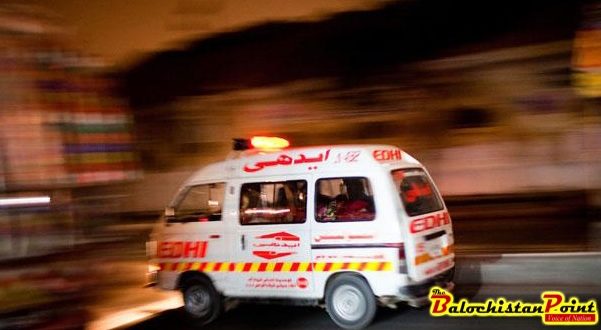 MUSAKHAIL: An expecting woman died apparently due to the negligence of the ‘gynecologist’ here in far-flung Musakhail district.

A newsman Ghulam Mustafa Zimri addressing a press conference said that due to the non-availably of labor and maternity facilities he intended to take his expectant wife in a taxi to a doctor in Loralai, en-route to Loralai when the taxi reached Kingri Mor, on seeing a board of ‘gynecologist’ displayed on the wall of her clinic, they went inside the clinic and asked the doctor to give the pregnant woman some temporary medicines and emphasized not to handle the delivery case.

“After spending two hours the doctor surprised me with the news of a baby daughter and also assured that the condition of mother is okay. Another twin is little bit complicated but she can tackle the situation,” he added.

“After one hour I entered the labor room and found my wife unconscious, I immediately put her in taxi and dove away to Loralai,” he said.

Narrating his ordeal Mustafa says, he took his unconscious wife to Loralai but the doctors referred her to CMH where the doctors said that she had been administered overdose injection at ‘Salma Jaffar’ clinic that caused death to the second baby and kidney failure to mother.

He added: “At CMH she underwent C-section where she gave birth to a baby. Following that the doctors referred her to Multan hospital, where she was once again operated upon but due to kidney failure she could not survive.”

“My wife was in a severe pain, I asked LHV Salma Jaffar for medical services, but she started handling the delivery case keeping me in dark despite my insistence to avoid it”, he explained.

Published in The Balochistan Point on November 13, 2018