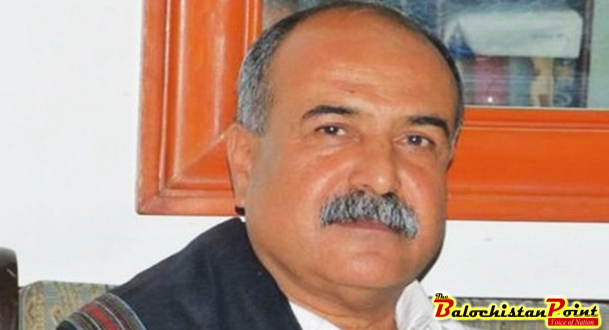 EDITORIAL — Dawn
FOUR months after he ‘disappeared’, Wahid Baloch has been reunited with his family. The social activist, writer and small-scale publisher is believed to have been detained by unidentified security officials on July 26 on the outskirts of Karachi, setting off a frightening, though wearingly familiar, process of recovery for his shocked family.

Local police initially refused to register an FIR, government agencies expressed an inability or unwillingness to help trace Mr Baloch, rights groups took up his case — and through it all, the only thing that was known with some certainty was that Mr Baloch had become a missing person because he was an advocate for the Baloch people.

Yet, no charges were framed against Mr Baloch and indeed there was no official acknowledgement that he was in the custody of the security apparatus. Now, with his release on Monday, Mr Baloch is once again a free man — and the number of missing persons in the country has been reduced by one.

It is too early to know if the release of Mr Baloch has anything to do with the change in command in the military and a possible rethink of some security policies.

What is evident though is that a rethink is needed. The extrajudicial handling of those suspected of being involved in militancy or supporting militant causes is not only unconstitutional, it is a system prone to abuse, and that creates further problems from a security perspective.

When it comes to Balochistan-related missing persons, the numbers themselves are in dispute.

Baloch activists claim thousands have gone missing; rights groups suggest a lower but still considerable number; and the state unofficially acknowledges a small number of detained individuals.
The figures, however, belie an intractable problem: the missing persons issue has fuelled, rightly, a sense of Baloch grievance — a narrative that has helped sustain the low-level Baloch insurgency.

Rooted in political disaffection, the Baloch insurgency cannot have a purely military solution. But because Balochistan abuts the Taliban heartland in Afghanistan and the province has geostrategic importance — now wrapped in the language and projects of CPEC — the military establishment views Balochistan through a security prism.

The militarised approach to security and state-driven development was once again on display yesterday as army chief Gen Qamar Bajwa travelled to Quetta.

In his choice of words and the thrust of his comments, Gen Bajwa was almost indistinguishable from the last three army chiefs.

Yet, Mr Baloch is with his family once again, so perhaps the softest of rethinks is being affected.

Political governments, both at the centre and in Balochistan, should also consider their own role in the marginalisation of civilians in Balochistan and try and work with the new military leadership to formulate a more effective, humane and people-driven policy for the province.(Courtesy: Dawn )

Published in The Balochistan Point on December 7, 2016