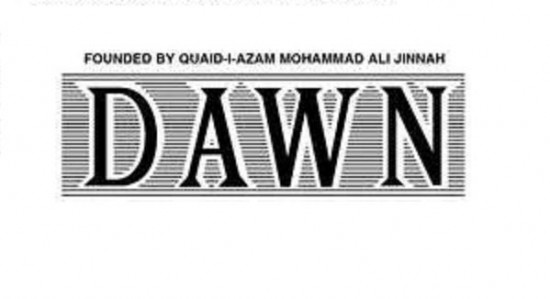 The political turmoil in Islamabad seems to have eclipsed all other crises in the country.

Amongst these is the religious extremists’ assault on education in Balochistan, which is gaining ground.

A school in Turbat, district Kech, was torched by an outfit calling itself ‘Al Jihad’ late on Monday.

The militants left pamphlets in the area warning people not to send their children to English-medium schools and to only educate them at madressahs.

The principal of the targeted school has said he had been receiving threats from unknown individuals for several months. This is far from the first incident of its kind in Balochistan.

A school was set on fire by unknown assailants in Panjgur a few days ago while a number of educational institutions were attacked in the same district in May.

At that time, a group calling itself Al Furqan al Islami had claimed responsibility for the violence; then, too, the militants had issues with the teaching of English, while they also railed against coeducation.

The attacks led to the lengthy closure of schools in the area while a number of parents reportedly relocated to Quetta and Karachi so as to continue their children’s education.

Due to the conflict between the state and separatists in Balochistan, other critical issues — such as the attacks targeting schools — are not getting the requisite attention. But what is particularly disturbing is that some Baloch activists have said that religious extremists opposed to women’s education, who they allege are supported by the state, are responsible for the terror campaign against schools.

They have also said that the same extremist elements are trying to spark sectarian conflict within Baloch society. While sectarian violence against Balochistan’s Hazara Shia population has continued for quite a few years, members of the Zikri community were targeted in Awaran last week after a considerable length of time.

As it is, the state of education in Balochistan is miserable.

One figure suggests that over two million children are out of school, while the separatist insurgency has resulted in many non-Baloch educators leaving the troubled region. Unless action is taken against those organising violent forays targeting schools, religious extremists will only be emboldened.

We have witnessed militants turn hundreds of schools in Khyber Pakhtunkhwa and Fata to rubble.

The Balochistan government must act now while the security agencies, which have a heavy footprint in the province, must help the administration bring to justice the militants involved.

Republished in The Balochistan Point on 4th September, 2014.