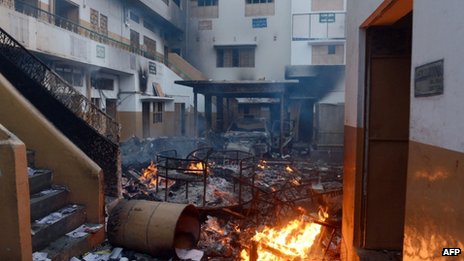 The miscreants attacked Gurbam private school which is located in Balingore locality of Kech district. An estimated 150 books, Furniture and computers were set on fire by the assailants before escaping.

This is the first incident of its sort in Kech district ever. Earlier, unknown miscreants had set on fire schools in Panjgur district which is adjacent to Kech district. The threats to education in Makran are increasing and government has failed to take any meaningful action against the culprits involved in these heinous crimes.

Published in The Balochistan Point on 3rd September, 2014.

2014-09-03
Editor
Previous: Rising Poverty and unemployment in Balochistan
Next: War against education