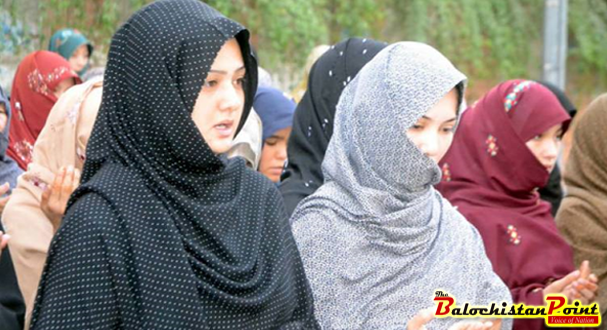 Why Hazara Community is marginalized?

Upon the collapse of Soviet forces the Jihadi groups took the throne of Afghan in the shape of Taliban and Al-Qaeda. The misery was that these groups did not sit idle after war and they continued promoting their self-based style of Islamic principles in the region. Due to share of large border with Afghanistan, Balochistan is prone to rift and violence. Geography of Balochistan and scattered mountains are proved to be a safe haven for extremist groups.

The country like Pakistan has gone through many phases of conflict within its borders. Conflicts between and among provinces over the share of natural resources, premises of provinces, linguistic ground,  ethnic ground, religious ground, nationalistic ground hence, conflicts has evolved any phases.

Small eyes with white-shining face, flat hairs and a soft voice from a far distance made them be identified and classified easily. Bravery is their identity and love is their character. They are as civilized as member of the ancient Greek civilization. Traders by profession having God gifted depiction of art and abundant of talent. Culturally rich nation have a strong grip on arts and music. Their cultural dishes have their own identity and taste. The clench on their culture and arts can be determined through their handmade arts alike Men’s shoes and also embroidery. Hazaras are sociable, friendly, gregarious, affable and hospitable. They are a brave nation, and secular by nature.

Why Hazara Community as a victimized community?

Hazara community is the 3rd largest community in Balochistan numbering approx. 700,000, mostly Shiite by sectbut some of them are Bralvi.  Additionally, this community has great services and contributed a large share for the uplift of this country. There can be many reasons but some aspect of the tension will be analyzed through the following features.

Culture is the symbol of identity of any nation or community. It is the differentiation line of one community from other through classification of norms and values. Likewise Hazara community has their identical norms and value poses as a rich culture. This community has strong grip on art and sports. The melody of their music is so softening and attractive. Their youth is skilled and talented and in all sports they have earned fame. Question arises here that what can be the reason of hatred against them? Is their culture is the reason or there may be other aspects?

Shiite Sunni conflict is a well-sponsored and oiled conflict in the region. Ex-CM Baluchistan, Dr. Malik Baloch gave a sweeping statement in newspapers by terming this conflict a result of Iran and Saudi Arabia tension. It’s not a self-grown conflict but a self-ignited one.

The ethnic cleansing of Hazara nation is not pertinent to religious factor but it’s more directed towards business grounds as well. Hazara community is being targeted in different parts of Quetta by doing their business and they were being disturbed not to carry their business activities freely.

The productive and creative work orientation by this community is publicly spectacle that their intellectual ability has proved consistency and patriotism with country. In the field of business the efforts of Hazaras are considered to be significant helped integrate nation’s sovereignty. Accumulation of national economic wealth at this surface and their contribution seems outstanding owing to entrepreneurship. They have shaped the stable economy for the country.

Published in The Balochistan Point on April 17, 2017