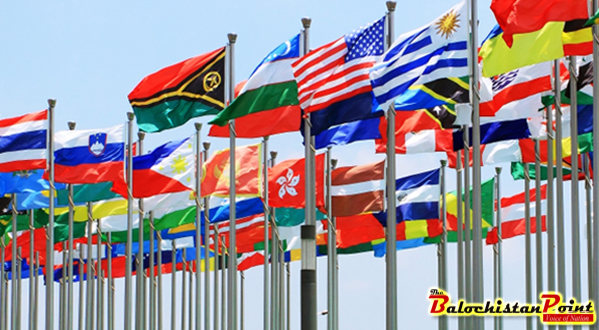 Foreign policy of a state consists of strategies that safeguard the state’s national interest, national security and economic prosperity. It reflects the state orientation in pursuance of its goals in the international system. Foreign policy depict how a particular state will interact with the other states, also it can cast an impact on other states as well.

Speaking of Pakistan’s foreign policy, it is important to mention that the option of making policy is solely positioned with the all-powerful Martial establishment.

Pakistan’s foreign policy, like that of any other country, is shaped while taking into considerations the three basic components of policy making. i.e, : History,  Geography and Internal circumstances.

The problem with our foreign policy is that it is based while considering the “Official History”. We always hear the phrase invoke by our leaders, “learning the lessons from history”, yet the people are not allowed to touch the history. All the political bungles, misfortune, failure of leaders and all the evils of our ideology that fills our books are impermissible to examine. Besides text, history tells us about the context that is notable while shaping a policy. Seeking from the past blunders we can then be able to formulate better policy in the future to avoid the same bloomer happens again.

“The most confused you will ever get is when you try to convince your heart and spirit of something your mind knows is a lie.”

Pakistan has a unique location in South-Asia i.e,at the corridor of world major maritime oil supply lines, and can be favored in the domain of trade as it has the potential to become inter-regional trading hub and can play a vital role in social ties in the region owing to its proximity to resources and oil rich countries, but the security concerns with the neighboring countries,i.e,Afghanistan,India and Iran always fears our policymakers, and therefore, to overcome this false insecurity complexion they constitute security oriented policies, hindering economic and social domain to be considered.

Foreign policy of a state is the projections and extension of its domestic policy. Our foreign policy and domestic policy are not in parallel, where Pakistan is an informal ally of US against war on terror internationally, but domestically it is facing challenges by terrorist banned Organization…, This attitude has created a vacuum for the anti state factors to operate and exploit the people against the state, most importantly, India which devise certain policies to sabotage Pakistan’s long struggle and efforts towards peace and economic stability.

Foreign policies are made for a country’s own interests, but unfortunately we formulate policies for other’s interest i.e. Zia’s Policy of indulging in Afghan jihad and Musharraf ‘s policy post 9/11 to accomplish the US interests in the region brought nothing except instability in the country and hostile relations with Afghanistan, causing tremendous loss to the national economy.

For a working policy both the military and civilian government must be on the same page, voicing the narratives of the people as well in the policy making. More importantly, the policymakers must pay due consideration to all important domestic socio-economic and political conditions, only then can we survive in the anarchical structure of the system.

The writer is student of Political science at SPIR, Quaid I Azam University, Islamabad.

Published in The Balochistan Point on April 17, 2017

2017-04-17
admin
Previous: CPEC: A way to conflicts in Pakistan
Next: Why Hazara Community is marginalized?