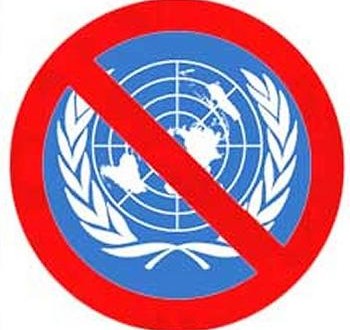 Why no international aid to Awaran?

By Yousaf Ajab Baloch
Apart from man-made disasters, Balochistan is again confronting deadly natural catastrophes. The September 24 earthquake once again shocked Balochistan, as a 7.8-magnitude earthquake hit one of its most backward districts, Awaran. Thousands of houses collapsed, and countless were partially damaged, affecting more than 300,000 people. Due to the collapse of mud-houses, more than 1,000 people are feared dead. Officials have confirmed the deaths of more than 500 people in the area. Although the government claims to have initiated relief activities, the ground realities and independent media reports and those of Non-Governmental Organisations (NGOs) go against such claims.

Currently, most affected people in Balochistan are in dire need of assistance. The victims are suffering from injuries and fractures and there is an acute absence of health facilities. There is a lack of male and female doctors in the area. The main hospital in Awaran does not have an X-ray machine. Those who are able to bear the cost take their injured relatives to hospitals in Karachi, which takes six to seven hours to reach.

Absence of shelter, clean drinking water and food are creating more problems for the earthquake victims in the area. In the earthquake-devastated areas, the problems are increasing with the passage of time, and there is a great risk of infectious diseases. There is an acute shortage of drinking water in Tehsil Mashkey of the District Awaran. According to doctors, the victims are falling ill, being compelled to drinkcontaminated water from storm drains and rivers since wells, which were the main sources of drinking water, have collapsed in the earthquake.

The sufferers are mostly women and children or aged people, and shortage of facilities can cause diseases and death of children. The local affected communities claim having not received any relief from the government in the far flung areas of the Awaran district. However, it has also been observed that most of the villagers in the areas are not willing to take help from the armed forces. The organisations or groups of volunteers that reached Awaran to assist the earthquake victims allege that the aid commodities have been taken by the army, taking charge of their distribution.

The Provincial Disaster Management Authority (PDMA) andNational Disaster Management Authority (NDMA) are unable to provide relief goods and shelter, and the government is not ready to accept its failure in providing relief to the earthquake victims. Keeping in view the past experiences, once again Balochistan is being neglected. Except the local media, BBC and some Baloch online newspapers, most of the mainstream media is only interested in the newly created island in Gwadar. The media has not made any noteworthy efforts to throw light on the devastation to pressure the state authorities for support of the affected population.

It goes without saying that the people in Awaran have bitter experiences of military operations on their populations, and a large number of youth from this area has been forcefully abducted, killed and dumped. Therefore, the presence of the military in a huge number not only upsets the population but also creates hurdles for the already disturbed communities. It is the need of the hour that the security forces allow NGOs and international organisations to help the victims, because with its limited resources and assistance, the government cannot cope with this calamity, and only international assistance can reduce the sufferings of the affected population. Delay in helping Awaran can cause an immense crisis in the region. ( Courtesy : Daily Times )