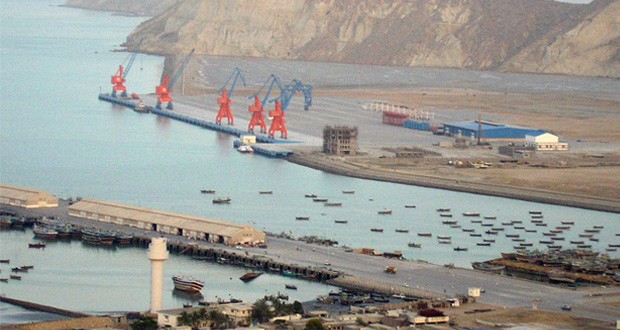 Will Gwadar become Dubai or Somalia?

Developing Pakistan’s backward province Balochistan’s coastal belt area Gwadar has been the focus of local and foreign media for more than a decade. Though, the focus of the media is the port more than the citizens of the Gwadar. Our government representatives and many economists describe the future of this city as Dubai of United Arab Emirates, UAE but the present situation and ground realities are showing different and horrifying picture. However, it is essential to look at the political backdrop of this city before reviewing the current situation of Gwadar.

The word Gwadar is a Baluchi word “Gowath-Dar” which means door of fresh air. Centuries ago Gwadar has been a resident of Baloch fishermen, which they have protected from the occupation of different external powers. The Portuguese attempted to occupy the city under the leadership of Vasco da Gama, But have failed to do so. Local army under the command of Baloch chief Mir Ismail succeeded to secure their territory.

In 1783 Nasir Khan Noori have made a ruthless decision and outcome was the dropping of Gwadar from Baloch. Indisputably Noori was a brave chief and Khan of Kalat as well, but in his ruling he have taken such action where first time in the history Baloch killed the Baloch people on the name of religion. When Noori attacked Makran (where the administration was under control of Zakri religious figure Malik Dinar Gichki who was son of Mullah Murad Gichki) many Balochs were killed at the end.

After the capture of Mankan, Khan of Kalat presented Gwadar to Timur Sultan, who had sought help from Khan after he was defeated in Muscat. Despite achieving the throne the Sultan, instead of returning Gwadar. He had sit his governor, and maintained his occupation. Baloch leaders did several attacks on one another, but could not recapture Gwadar. Afterward the British earned the benefit from conflicts and captured Balochistan along with Makran. Ten years after the independence of Pakistan, Gwadar was under the control of Muscat. But in 1958, by the Government of Pakistan, Gwadar purchased against 5.5 billion rupees.

In 1977 Makran got the status of division of province where Gwadar declared as a district. The decision to work on Gwadar Port first came in 1993, but the efforts were limited to paperwork only. On March 22, 2002, Gwadar became a modern Deep Water Sea port, which began its operations in 2007. Makran Coast Highway completed in 2004. Then the distance from other cities to Gwadar reduced from days to hours. In 2013, Gwadar Port was handed over to China’s Overseas Company, which has declared a turning point for the economy of Pakistan and China.

Through sea route China receives 60% of it required oil. It reaches the Shanghai port after crossing approx. 6,000 km long distance, which requires two to three months. While this route (Gwadar Port) only consist of 5000 km from China. Surely reducing a long distance will benefit as saving billion dollar of Chinese economy.

Now the question is, what advantage come to Gwadar in return of saving billions of dollar? According to the local people of Gwadar, they have cost greater than receiving benefit from China-Pak Economic Corridor CPEC. Our rulers keep them silent by dreaming of Dubai.

Dubai is not only city of UAE but includes in the richest cities of the world. If you think prosperity is due to the oil production of the country, then sorry you are thinking incorrect because oil is only 7% of Dubai’s total income. Dubai real income comes from real estate, airline and ports and service industry. Such fortune is only possible when the rulers preferred public interest keeping their personal interests aside. In 2003, we have seen how foreign investors turned to Dubai. So now we evident the world’s largest tower (cost around $ 1.5 billion) as Burj Al-Khalifa. The reason behind such development is a corruption free state.

Now compare the past and recent rulers of Dubai, with our current rulers, will we see Gwadar as Dubai in coming years? The answer would be a big NO.

Considering the condition of the oppressed Gwadari people, corrupt government officials, politician, bureaucratic and administrative bodies, we are worried of dreaming Gwadar not as Dubai but Somalia.

According to Gross Domestic Production GDP of Somalia, it was counted as topmost in 1970 in African countries. Since 1991, the country witnessed destruction with each passing day. As a result today it is the poorest and listed as most corrupt country of the world. When Mohamed Siad Barre became ruler the situation of the country did not come like this. But after the ruling of corruption so-called politician economy of Somalia started crippling. This country has everything that requires a nation to grow, such as a cultivated land, a large number of live stocks and long coastal stripes for fishing.

In addition to that, this country is also rish in term of natural resources like oil and other minerals. However crisis is the main cause of disruption for the country and natural resources. Getting advantage from corruption and internal instability bordering states and western countries rubbed the integrity of this independent state under foot. Now the position of the county deteriorated after long-lasting civil war, as a result every tribe is killing its own people to occupy fertile land and rivers of the country. There are no signs of external investment in the country. People’s income nearly zero, rising prices converted Somalia as permanent drought land.

But the devastation of Somalia started due to its own rulers. Now we are observing the same situation in our beloved country.

It is assumed in the present situation of Gwadar, a real leader has not been come front in seventy years. Modern Gwadar does neither have safe drinking water, nor energy. Furthermore bribe and corruption of government institutions nearly cleared out fish from the sea, which has caused serious financial problems of 80% of Gwadar citizens. In brief short reasons for the prosperity of Dubai and Somalia’s worst condition mentioned above. Now you compare your rulers by analyzing the rulers of both the countries that Gwadar is becoming Dubai or Somalia.

Published in The Balochistan Point on January 19, 2018