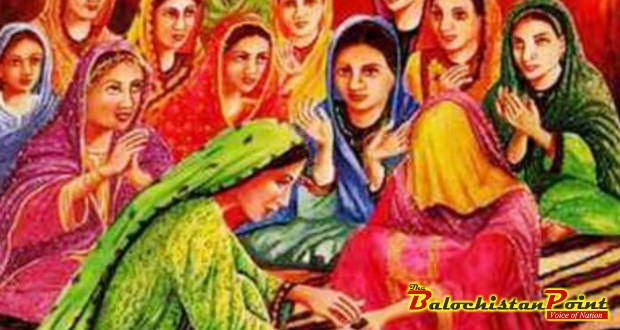 Every country is full of different problems that can be settled with their required needs, desire, creeds and so on. Different methods are applied to highlight social issues for comforting human survival. Hence, news articles, investigative analyses, researches and other sources of information are used to discern the cause of the issue. But yet in many ways the concerned authorities prefer silence.

Truth is hard to be accepted but nobody can deny the reality that several countries in the world are confronting with different issues and one of the most discussed yet neglected issue is violence against women.

In United States (US),as well as throughout the majority of the world, people get information on daily basis. But even with the presence of so much information and development, yet women are subjected to violence and they suffer with the worst abuse in their lifetime.

Violence against women is of many types and have many faces such as; rapes, dowry killing, honour killing, acid throwing and stove burning. Although honour killing is one of those crimes that is recently reported but in many places it is still underreported.

Nobody in Pakistan can forget 15th July 2016, when on the most controversial yet celebrated Pakistani public figure, Qandeel Baloch from Multan, Pakistan was brutally killed by her own brother in the name of honour. This was just one cases, there are thousands of women in Pakistan who on daily basis face violence and this makes Pakistan one of the most dangerous countries in in the world in terms gender inequality and gender based violence.

Some date show, Colombia as the most dangerous country for women having highest rate of acid attacks on women. Likewise, 45,000 cases are reported in 2015 in Columbia. In Afghanistan, around 87% of female population is illiterate and around 80% females are forced into early marriage all between the ages of 15-18 years old.

According to another research Congo has the worst records of gender based violence. Approximately, around 1.150 females are raped every day and with 57 percent of pregnant females reported to by anemic. Early age and forced marriages, acid attacks and punishment such as stoning are the main concerns of the Pakistan. Every year more than 1,000 females become victim of honour killing and 90% face domestic violence. And this number will keep growing if the government keeps neglecting the issues related to women.